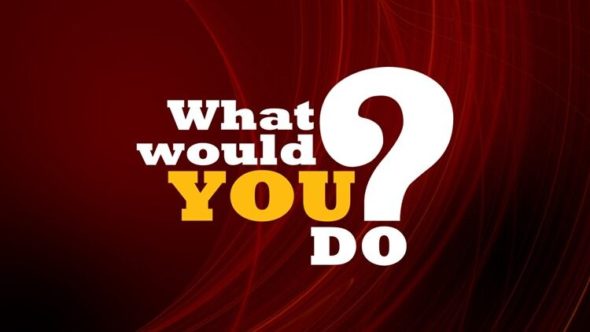 Once again, it is time for the What Would You Do? TV show. John Quiñones mans the hidden-camera investigative series, which got its start as an ABC Primetime segment. Eventually though, the network shortened the title to stand on its own. Last year, it experienced yet another significant ratings drop. How will it do, this time out? Will What Would You Do? be cancelled or renewed for another season? Stay tuned. Status Update Below.

Hosted by Quiñones, What Would You Do? explores how people react to strangers in uncomfortable circumstances. The series features actors playing out various scenarios, in front of unwitting bystanders. The ABC TV series delves into how and when people feel they must intervene and when and why they choose to mind their own business. Quiñones then reports about how they made their decisions.

9/7 update: You can see the latest night’s ratings in context.

Note: These are the final national numbers (unless noted with an “*”). They are different from the fast affiliate numbers which are just estimates of the actual ratings. The final nationals are typically released within 24 hours of the programming or, in the case of weekends and holidays, a couple days later.

What do you think? Do you still like the What Would You Do? TV series? Should it be cancelled or renewed for another season on ABC?