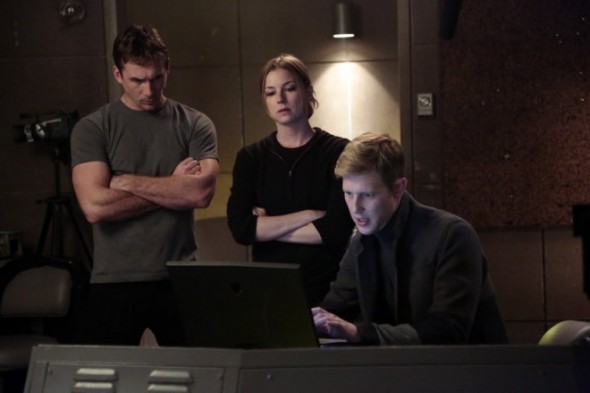 It looks like Emily won’t have to give up her plotting any time soon. ABC has renewed Sunday night’s Revenge for a fourth season

The ratings for this series have dropped dramatically this season, falling 28% in the demo, to a 1.6 rating in the 18-49 demographic with 5.95 million total viewers. It easily could have been cancelled but ABC is still having a hard time establishing new dramas. The network may announce that this is the final season and/or produce just 13 episodes.

What do you think? Have you been watching this show? Are you glad that it’s been renewed or do you think that it should have been cancelled instead? How long should Revenge run? Should this be the last year?

I’m ecstatic that “Revenge” is returning to television. i got hooked watching it on Netflix and was anxiously waiting for the new season. Then I heard it may be cancelled. I really like the show. I really hope that Diogo Morgado is re-cast as the doctor now that the “Messengers” has been cancelled. I love Diogo Morgado.

Get rid of Reality Shows and write more like Revenge, Scandal and Devious Maids!!
Enough crime shows on tv too…..

I Agree, keep revenge and get rid of reality shows, I am so sick of them. I found Revenge on Netflix and fell in love with it. I’m waiting to watch season 4.