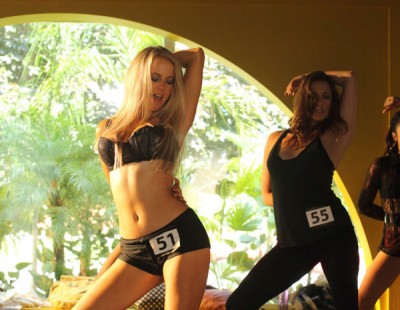 If you’re part of the small but devoted audience that’s been watching The LA Complex on The CW, there’s some good news for you. It appears that there are more episodes on the way.

If you haven’t seen it, The LA Complex revolves around a diverse group of performers who are trying to make it in Hollywood while living in the same apartment complex. The ensemble cast includes Andra Fuller, Benjamin Charles Watson, Cassie Steele, Chelan Simmons, Ennis Esmer, Jewel Staite, Joe Dinicol, and Jonathan Patrick Moore.

Though The CW’s ratings have ended up being quite poor, the show’s apparently a success north of the border. Another 13 episodes were ordered on March 22nd, a month before the US premiere.

Based on The CW’s low ratings, and the fact that the network hasn’t indicated any plans to put LA Complex on their summer schedule, it looked unlikely that US viewers would be seeing the additional episodes. Now, it appears that The CW will be airing them this summer.

Stephen Stohn, the executive producer of LA Complex and Degrassi, has confirmed that they will indeed air in the US. He says that the current plan is to run them this summer, simultaneously in both Canada and the US. A start date is expected soon.

Fuller posted the news to his Facebook page, writing, “Season 2 of THE L.A. COMPLEX starts airing in JULY!!! 13 new episodes will air on MUCH MUSIC (in Canada) and on THE CW (in the U.S.) SIMULTANEOUSLY!!! So despite the recent rumors, the show HAS NOT been cancelled by the CW”

There’s been some conflicting information about whether the 13 new episodes are a continuation of season one or a second season. We may have to wait and see what The CW calls them when the network announces the summer kick-off date, likely before next week’s six-episode finale.

What do you think? Are you looking forward to watching season two? Do you think it will be renewed for a third season on CW?

i am drunk crazy about the show, waiting with pleasure

I love the show and I want to know if there is a season 3 comming up and when?

leave the la complex a lone,its a great show….. i cant wait till its back on cw, the season finale was awsome.