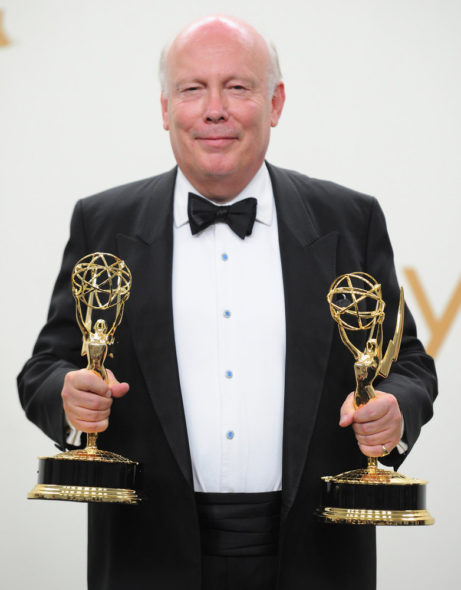 In early January of 2016, when the sixth and final season of Downton Abbey was set to make its US premiere, EP and sole scribe Julian Fellowes talked up his big project for the Peacock Network, which the network had originally announced in 2012. It’s finally more than talk. NBC has ordered Fellowes’ The Gilded Age to series. The 10-episode first season should make its debut in 2019, on a date TBD.

An 1880s New York City period drama, The Gilded Age comes from Fellowes and his Downton Abbey partner Gareth Neame, who are set as executive producers on the series. The cast is yet to be announced. Check out the following NBC press release to learn more about The Gilded Age.

For those missing the Dowager Countess’ condescending glares or the evening ring of the dinner bell, there’s a new Julian Fellowes drama on tap at NBC that brings an upstairs/downstairs tale Stateside.

The network is teaming with the acclaimed writer and executive producer Gareth Neame, the creative forces behind the hugely popular PBS series “Downton Abbey,” for a 10-episode series order that will begin in 2019.

Fellowes, who is an Oscar, Emmy and Golden Globe-winning writer, was honored with an Emmy for Outstanding Writing for a Mini-series, Movie or Dramatic Special and was nominated three other times. On the film side, Fellowes won an Oscar in 2002 and was Golden Globe nominated for his screenplay of “Gosford Park.”

“To write ‘The Gilded Age’ is the fulfillment of a personal dream,” Fellowes said. “I have been fascinated by this period of American history for many years and now NBC has given me the chance to bring it to a modern audience. I could not be more excited and thrilled. The truth is, America is a wonderful country with a rich and varied history, and nothing could give me more pleasure than be the person to bring that compelling history to the screen.”

“Julian Fellowes has the peerless ability to create complex characters and relationships set against a fantastic backdrop,” said Jennifer Salke, President, NBC Entertainment. “We’re thrilled that NBC and Universal Television will bring you his delicious new take on both the emerging rich and the working class who were intricately entwined in opulent New York in 1882. It’s an addictive new universe of fabulous people with the same signature style, wit and emotional resonance for which Julian is famous.”

The Gilded Age in 1880s New York City was a period of immense social upheaval, of huge fortunes made and lost, and of palaces that spanned the length of Fifth Avenue. In the series, Marian Brook is the wide-eyed young scion of a conservative family who will embark on infiltrating the wealthy neighboring family dominated by ruthless railroad tycoon George Russell, his rakish and available son Larry, and his ambitious wife Bertha, whose “new money” is a barrier to acceptance by the Astor and Vanderbilt set. Marian is about to experience a whole new world springing up right outside her front door.

Fellowes’ “Downton Abbey,” which was produced by Neame’s Carnival Films, ran for six seasons and has been seen in more than 250 territories worldwide, is recognized as one of the most acclaimed and popular British drama series of all time. The series was an immediate hit in the U.S. and U.K. and won both the Emmy in 2011 for Outstanding Mini-series or Movie and the Golden Globe the following year for Best Mini-series or Motion Picture Made for Television. In fact, “Downton Abbey” is the most nominated non-U.S. show in the history of the Emmys with 69 nominations and 15 wins.

What do you think? Are you a fan of Julian Fellowes work? Do you plan to check out The Gilded Age TV series, when it premieres on NBC? Let us know, below.

I love historical dramas, especially if they adhere to true history.

Loved Downton Abbey and waiting for The Gilded Age.

let me guess, it will air Mondays at 10 after voice