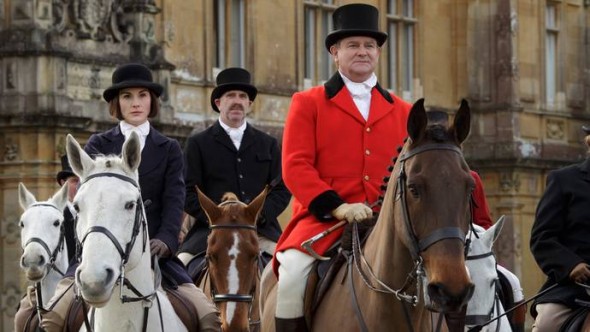 When is the Downton Abbey movie happening? TVLine reports a premiere date has been set for the upcoming feature film.

This week, Focus Features announced the Downton Abbey movie will be released in theaters in September 2019.

When the television series drew to a close it was our dream to bring the millions of global fans a movie and now, after getting many stars aligned, we are shortly to go into production. Julian’s script charms, thrills and entertains and in Brian Percival’s hands we aim to deliver everything that one would hope for as Downton comes to the big screen.”

What do you think? Are you a fan of Downton Abbey? Are you excited for the movie?

This is a silly idea.

Just bring back another series and do things properly.

Downtown Abby was an awesome show. I learned a lot of history and culture along with loving the characters. I miss it so much and wish it were on every Sunday. I never knew PBS had such wonderful shows. Keep them coming, Please. I can’t wait for the movie. I also love that there is not a commercial after every 10 words. Thank you again for being able to watch a movie with your children.