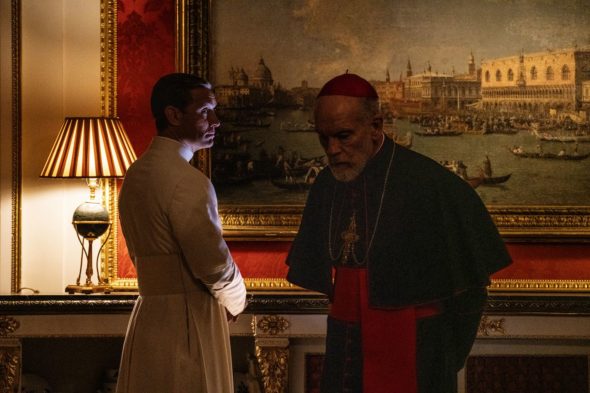 What secrets are John Paul III hiding in the first (only?) season of The New Pope TV show on HBO? As we all know, the Nielsen ratings typically play a big role in determining whether a TV show like The New Pope is cancelled or renewed for season two. Unfortunately, most of us do not live in Nielsen households. Because many viewers feel frustration when their viewing habits and opinions aren’t considered, we invite you to rate all of the first season episodes of The New Pope here.

What do you think? Which season one episodes of The New Pope TV series do you rate as wonderful, terrible, or somewhere between? Do you think that The New Pope should be renewed for a second season on HBO? Don’t forget to vote, and share your thoughts, below.

My favorite show ever!! Both the young Pope & new Pope..please renew it. It’s the reason I got HBO.

Please continue The New Pope for alot more seasons!!! I absolutely love Jude Law as Lenny, but for some crazy reason, I love Voiello’s character as well. I’m not a big Malkovich fan, but he was awesome as well. This entire show depicts how human they all are even at the highest Religious level in the world. I AM HOOKED

Please continue new pope season 2, only if Jude Law as the star.