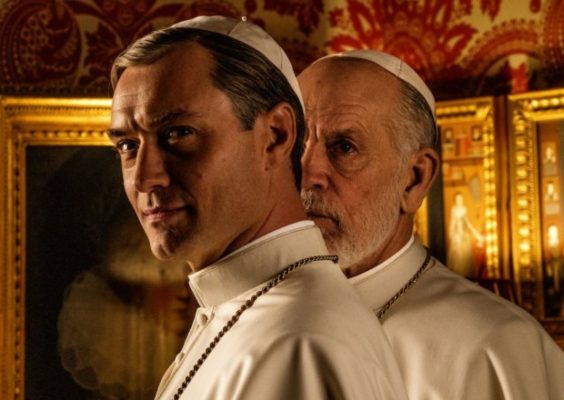 Following the success of The Young Pope TV series, HBO decided to continue telling the story but opted to give the continuation a different title, The New Pope. How will the new series do in the ratings? Will The New Pope be renewed for season two or, come to a natural conclusion? Stay tuned.

What do you think? Do you like The New Pope TV series on HBO? Should it be renewed for a second season?

I started looking at this series when it came on as a marathon. I absolutely loved it. I love Jude Law playing the pope. He is so fine and could not get enough of him. I also loved the next series with John Malkovich. Waiting for the next series, and hope it will be soon.

Innovative, philosophical, sexy, contemporary, literally ground-breaking television drama. Sometimes it really should not just be about the ratings. Hopefully, the producers will find Cardinal Newman’s ‘middle way,’ and find that way to nourish those of us who are happy to follow – and pay 😉

I love this show. I hope it’s renewed. I loved the The Young Pope and have been obsessed with the second one.

Is .06 a good rating. I love the show. I even got my husband to watch it. Kathy thomson and roger thomson

I loved the Young Pope and could not wait for the New Pope to air. Without a doubt I would love a second season

I love the series.,The New Pope, All the characters ,story line..I do hope they continue the series..