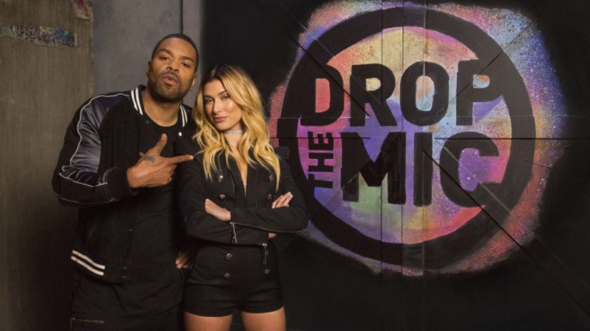 Drop the Mic and The Joker’s Wild are making a big move. Both TV shows will debut new seasons on TNT later this month.

Hosted by Method Man and Hailey Bieber, Drop the Mic “features celebrities from entertainment, music, sports and pop culture against each other in a jaw-dropping rap battle.” Meanwhile, The Joker’s Wild is based on the 1970s game show and hosted by Snoop Dogg.

The move to TNT will pair each series with the network’s significant sports audience. Drop the Mic is no stranger to sports stars, having featured notable athletes such as Shaquille O’Neal, Rob Gronkowski, Michael Bennett and Odell Beckham Jr. Snoop Dogg Presents The Joker’s Wild has also featured several athletes including Antonio Brown, Julian Edelman and Dana White, in addition to cameos by Michael Strahan who is an executive producer on the show.

Drop the Mic is based on the popular segment from the Emmy® winning and viral hit The Late Late Show with James Corden. Hosted by Method Man and Hailey Bieber, the competition show features celebrities from entertainment, music, sports and pop culture against each other in a jaw-dropping rap battle. At the end of each head-to-head match, the studio audience votes to help determine the winner, but the final decision is up to Method Man.

What do you think? Have you seen Drop the Mic and/or The Joker’s Wild? Will you watch the new seasons?

“Jaw-dropping rap battle???” Well, OK, I’ll grant you that watching an entire episode may well suck enough IQ points out of your head to leave you a slack-jawed, drooling imbecile. The commercials themselves should come with a Surgeon General’s warning. Unfortunately, I don’t think thats what the author of this review meant. Perhaps, in her case, the damage is already done.