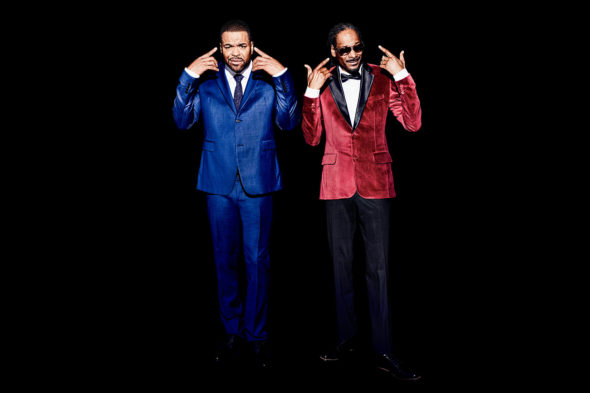 Turner thinks its time for more fun and games. TBS has announced the season two premiere dates for its Snoop Dogg Presents The Joker’s Wild and Drop the Mic TV shows. The second season of The Joker’s Wild premieres on TBS on Sunday, April 15, 2018 at 10:00pm ET/PT, with the sophomore installment of Drop the Mic following at 10:30.

An updated version of the classic game show, Snoop Dogg Presents The Joker’s Wild takes place in Snoop’s casino and is chock full of pop culture facts. Method Man and Hailey Baldwin host Drop the Mic, which is based on the original segment from The Late Late Show with James Corden. TBS renewed both series for season two, back in January of this year.

LOS ANGELES – MARCH 15, 2018 – An hour-long block of comedy, competition and hip-hop returns to TBS on Sunday, April 15 with the hit unscripted series Snoop Dogg Presents The Joker’s Wild at 10:00 p.m. (ET/PT) and Drop the Mic at 10:30 p.m. (ET/PT). The network renewed both series after they quickly emerged as the top two new unscripted cable comedies in 2017, reaching an average of 2.7M viewers per episode across TBS’s linear, VOD, and digital platforms, and earning over 250 million social and YouTube views to date.

Drop the Mic is based on the enormously popular segment from the Emmy(R) winning and viral hit The Late Late Show with James Corden. The TBS series, hosted by Method Man and Hailey Baldwin, pits celebrities from the worlds of entertainment, music, sports and pop culture against each other in a rap battle royale, packed with lyrically creative genius and “I can’t believe they just said that” moments. At the end of each head-to-head battle, the studio audience votes to determine the winner.

What do you think? Are you a fan of The Joker’s Wild and Drop the Mic TV series? Do you plan to check out the second seasons on TBS? Let us know, below.