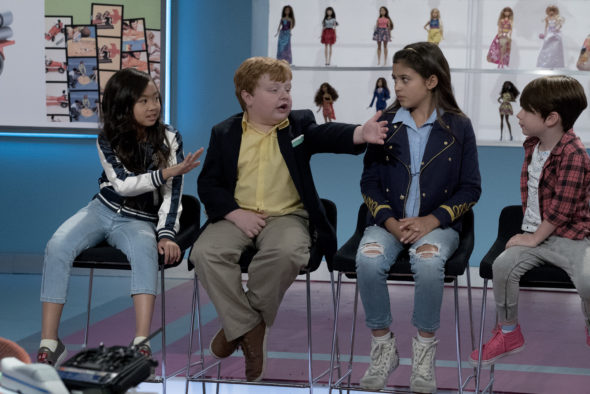 I don’t want to grow up. I’m a Toys “R” Us kid, but it seems ABC may have make some grownup decisions about whether The Tox Box TV show should be cancelled or renewed for season three. In its first two seasons, the winner of the toy design competition sold his or her creation exclusively at Toys “R” Us, in addition to receiving a $100,000 cash prize and a deal with Mattel. Now that the toy retailer is closing or selling off its 800 remaining U.S. stores, it is not clear that the Alphabet Network will still have the same incentive to renew the show.

The Toy Box: A Look at the Ratings

In season two, The Toy Box averaged a 0.42 rating in the 18-49 demographic and 2.31 million viewers. Compared to the first season, it was down by 33% and 20%, respectively. By both measures, it ranks last out of unscripted ABC TV shows. Those facts alone could easily justify a cancellation.

Last year, when The Toy Box scored a second season renewal, it seemed likely that  its tie-ins with Mattel and Toys “R” Us were lucrative enough to justify that decision, despite low Nielsen ratings. Now that Toys “R” Us may be out of the picture, that could change everything.

We have contacted ABC to ask whether the Toys “R” Us situation will influence the cancellation or renewal of The Toy Box. When we know more, you will, too.

For now, we leave you with this classic Toys “R” Us television ad.

What do you think? Are you a fan of The Toy Box TV series? Do you think it can be saved? Should ABC cancel or renew it for season three? Sound off, in the comments.

I think it should be renewed for season 3

Toys R Us is deep in red ink. Signing a petition won’t do anything to fix that. In this case you have to vote with your wallet and spend money in the stores. And lots of it.

I believe it would be best to carry on with the show because there are alot of great ideas/creations out there. People need this platform to push their ideas/creations to the next level.