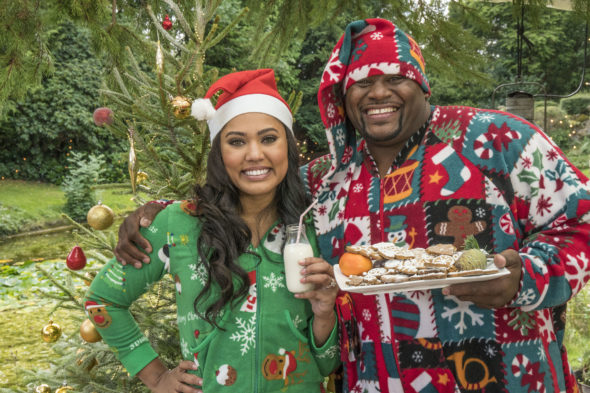 Is the proof in the pudding? Has The Great American Baking Show TV show been cancelled or renewed for a fourth season on ABC? The television vulture is watching all the latest cancellation and renewal news, so this page is the place to track the status of The Great American Baking Show season four. Bookmark it, or subscribe for the latest updates. Remember, the television vulture is watching your shows. Are you?

An ABC reality TV show competition The Great American Baking Show is a US adaptation of The Great British Bake Off. Formerly known as The Great Holiday Baking Show, the series features bakers from around the country going head to head in holiday-themed challenges and eliminations, with the goal of being crowned “America’s Best Amateur Baker.” In season three, Paul Hollywood will judge with the returning Johnny Iuzzini. They’re joined by new host-judges Ayesha Curry and Anthony ‘Spice’ Adams.

Although it premiered with significantly lower ratings than last year, it is still too early to use the numbers to predict whether ABC will cancel or renew The Great American Baking Show for a fourth season. Last year, while it dropped in the demo, its overall audience grew. There’s a reason networks typically put their big series on hiatus during the holidays. People are busy, so the audience is smaller and less predictable. That’s also why networks run specials, movies, and unscripted shows like this one — they cost less to produce. Unless this show really takes a dive, I think it is more likely than not to get a season four renewal. Since that’s just speculation, I’ll keep an eye on the Nielsens and update this page with breaking developments. Subscribe for free alerts on The Great American Baking Show cancellation or renewal news.

12/14/17 update:  ABC has cancelled the rest of the third season of The Great American Baking Show. Details here.

What do you think? Are you glad that The Great American Baking Show TV show has been renewed for season four? How would you feel if ABC had cancelled this TV series, instead?

A poor copy of BBC’s show the pompous male host turned me off immediately. Poor choice of a host. One and done.

All that time they put in baking, have it just rip from then. Really. I agreed with Dave. You don’t leave viewer hanging like this.