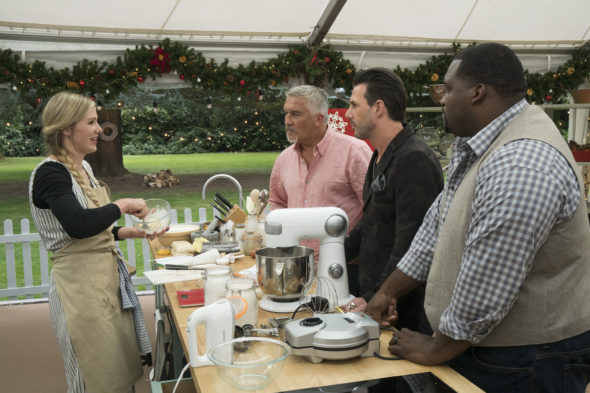 Are you a fan of The Great American Baking Show? Recently, ABC pulled season three from its holiday lineup because of sexual misconduct allegations against judge Johnny Iuzzini. What do you think? Should the series be cancelled or not?

Based on The Great British Bake Off, the cooking competition series pits amateur bakers against each other in a series of food-related challenges. Season three was to feature new hosts Ayesha Curry and Anthony ‘Spice’ Adams alongside judges Paul Hollywood and Iuzzini.

After knowledge of Iuzzini’s alleged sexual harassment and abuse became public, ABC terminated their relationship with the chef and consequently pulled season three of The Great American Baking Show prior to airing episodes three and four.

Do you think the show should be cancelled completely or should ABC find a new judge and film another season? Do you think the network should air the rest of season three? Tell us what you think.

I love this show. The remaining episodes should be shown and then a new judge should be found. I also miss the great British baking show.

I agree,get a new judge and bring it back!