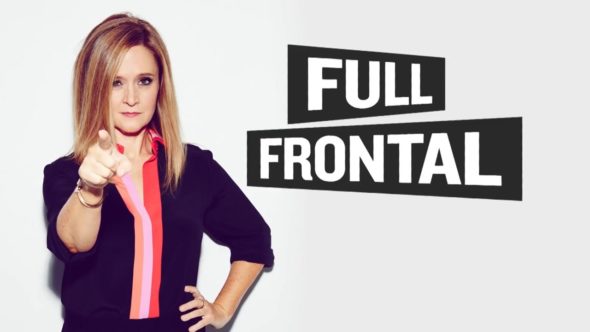 Full Frontal with Samantha Bee is not going anywhere. After a renewal for two seasons in 2018, TBS has decided to renew the series for fifth season. The renewal will have the series on the air through the 2020 election. Samantha Bee serves as executive producer on the series, which currently airs on Wednesday nights. Behind the scenes, she is joined by Jason Jones, Tony Hernandez, Miles Kahn, Alison Camillo, and Pat King.

TBS revealed more about the Full Frontal with Samantha Bee’s renewal in a press release. Check that out below.

“TBS has renewed its Emmy Award(R)-winning Full Frontal with Samantha Bee for a fifth season. Recognized as one of New York’s 35 Most Powerful People in Media by The Hollywood Reporter, Samantha Bee is still the “Queen Bee” reigning over Full Frontal, television’s #1 ad supported late-night show among young adults. Premiering in 2016 as the only female-hosted late-night program, Full Frontal will continue to bring Bee’s unique voice and worldview straight through 2020 election coverage. The show reaches nearly 4 million viewers per episode and currently boasts more than 300 million YouTube views. Full Frontal airs Wednesdays on TBS at 10:30 p.m. (ET/PT).

Additionally, TBS has renewed its first look deal with Bee’s production company, Swimsuit Competition, that focuses on developing amusing original content that is definitely worth spending a weekend bingeing. Swimsuit Competition continues to seek great ideas from people who are flying under the radar, or whose work has been underestimated. The production company is so progressive it will even consider working with men. The company recently began production on The Untitled Amy Hoggart Project (wt), a spin-off series from Full Frontal correspondent Amy Hoggart.

“I’m beyond grateful for the opportunity to continue doing this show for another season,” said Samantha Bee. “Excited to still be at it when Trump finally gives up the presidency at the end of his fifth term, January 2036. I heard he’ll be leaving to spend more time with his family. JK JK.”

Full Frontal with Samantha Bee shines a spotlight on stories inside the Beltway and beyond, from sexual harassment in the media to the “boyfriend loophole,” and from global warming to child marriage in the United States. Full Frontal also travels the world to cover international stories, with segments from Jordan, Germany, Russia, Scotland, Mexico and Iraq. In its first four seasons, Full Frontal has garnered an Outstanding Writing Emmy(R) for its “Not the White House Correspondents’ Dinner” special honoring a free press, as well as seventeen Emmy(R) nominations, a Television Critics Association Award for Outstanding Achievement in News and Information, two additional TCA Award nominations, a WGA nomination, two PGA nominations and four DGA nominations.”

A premiere date for season five of the series was not revealed.

What do you think? Are you a fan of this weekly series? Will you continue to watch Full Frontal with Samantha Bee on TBS?

She is awesome. Her show addresses political and social issues in interesting, clear, and unique ways. She supports important human rights causes. She makes us laugh while pushing us to think seriously about important issues of our time, often suggesting how we can take action to fight injustice. Bravo!

I don’t watch because she is not funny nor is she factual. Anyone can make fun of other people and claim to be funny.

I literally stopped watching TBS because I hate Samantha Bee so much. They ran an ad for her show on every commercial break. I couldn’t take it anymore.