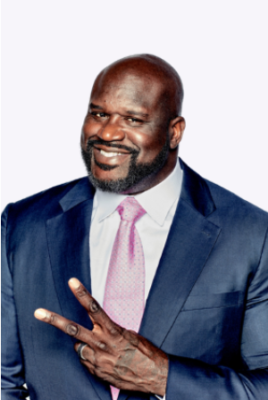 The docu-series “offers unprecedented access to the day-to-day of what goes into the business of being Shaq.”

TNT has not yet announced a premiere date for Shaq Life, but you can read more info below:

NEW YORK, MAY 15, 2019 – Four-time NBA Champion Shaquille O’Neal wants you to join him on his post-NBA season summer break and get a behind-the-scenes glimpse of how this towering mogul spends his time. TNT’s Shaq Life is an immersive premium docuseries that offers unprecedented access to the day-to-day of what goes into the business of being Shaq.

“Over the years I’ve had many endeavors outside of sports but never this many all at once,” says O’Neal. “I’m ready to bring viewers along for the wild ride that is my life.”

Summer break for most involves some much-needed R&R…unless you are Shaq. Shaq Life invites viewers to tag along with the basketball legend on his relentless quest to be the ultimate businessman and entertainer. Follow Shaq as he spends his summer on a series of DJ gigs in Las Vegas, an International DJ tour, filming commercials, shooting a film, speaking appearances, hosting the NBA Awards, running his “Big Chicken” restaurant, spending time with his five kids, and much more.

“Shaq is the ultimate example of living your biggest, best life,” said Michael Bloom, senior vice president of unscripted and specials for TBS and TNT. “Shaq Lifewill be the first time viewers will get a fly on the wall look inside his extreme ambitions and the non-stop fun he brings to everything he does.”

Shaq answers to many names – Big Aristotle, Shaq Diesel, The Big Shamrock, The Big Baryshnikov, Superman, Shaq Fu, Wilt Chamberneezy – all reflective of his fun-loving personality and unbelievable life experiences. In this series, fans will be given an entertaining look at this real-life Superman, with an intimate view of his gigantic heart, enormous sense of humor, and endless ambition.

What do you think? Are you interested in Shaq? Will you check out Shaq Life?

I just finished watching the last episode of Shaq Life. I liked it a lot, I watched every episode . I thought it was pretty cool. Hopefully there’s a season two, should have one, for sure. Shaq brother, if you read this, I just want to say great job with the show, it was really cool to see a whole different side of you. You you had me laughing more than once. You’re a great Human Being, Truly.

Seriously? Another reality-based program? Aren’t “Keeping Up With The Kardashians”, the “Housewives of ______ “franchise, and “American Idol” enough? Thank God for PBS and the cable choices. He has enough money and, I hope, invested it wisely. Or didn’t he and is doing commercials and a TV program to get him out of the red?