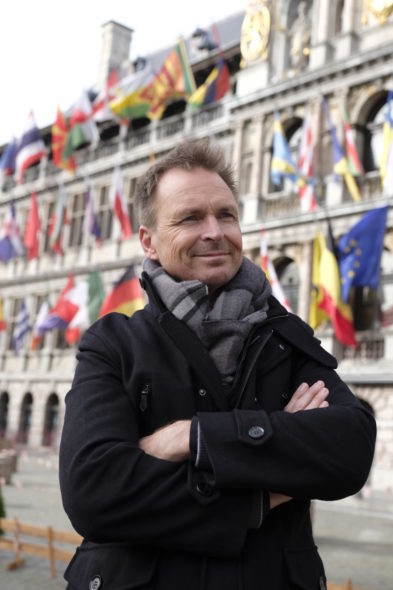 Although its ratings have flagged in recent years, this reality TV series still has a few miles left in the tank. CBS has renewed The Amazing Race TV show for a 32nd season. Although a premiere date is still TBD, the network included The Amazing Race in its press release regarding the 2019-2020 television season. The early renewal comes just a month into cycle 31; episode 31.05 airs on CBS tonight.

A CBS reality TV series, The Amazing Race is hosted by Phil Keoghan. The competition features 11 pairs of contestants racing around the world in pursuit of a million-dollar prize, but this spring they’re all past contestants from TAR, Survivor, and Big Brother.

The 31st season of The Amazing Race is averaging a 0.97 rating in the 18-49 demographic and 4.83 million viewers. Compared to season 30, that’s down by 16% and 12%, respectively. Find out how The Amazing Race stacks up against the other CBS TV shows.

What do you think? Are you still watching The Amazing Race TV series? Do you think you’ll tune in for season 32 on CBS?

I love the Amazing Race and can’t wait for it to start. I look forward to it each week!

Absolutely love Phil and this show!

I love this show!! Can’t wait to see more shows!! And keep Phil as host of the show!! Love him!!

Absolutely love watching this show. Can’t wait for its return to television.

Yes, absolutely. Best reality show that I have ever seen. I hope they bring it back in 2020.

The only reality television show that I watch. Let’s get back to some real teams, not the ones who have been on other reality shows. Dumb idea. I look forward to The Amazing Race each season and will watch whoever is on, but would prefer not to see former Big Brother or Survivor contestants.

Absolutely renew. I am 77. I look forward to the show and it’s many challenges. The team frustration leaks out of the tv so well we find ouselves yelling at the tv encouraging them to make decisions knowing they had already done so month before. Comical because I can remember back having to choose through my life to take the easier route that actually became the hardest.

I watch Big Brother, Survivor , and the Amazing Race. Of the three, The Amazing Race is my my favorite. The teams travel to places that are on my bucket list but due to lack of money I will probably never see, yet I can experience those places vicariously. I like the fact that the team’s success is based on their own skills and decisions. Unlike BB or Survivor where success is based more on conniving and deception.

My fav0rite show on TV. I like there is no major drama like on Survivor or Big Brother. The competition tasks usually fits with the country they are visiting. I wish they would go back to ‘regular’ people competing.

Yes, I am watching The Amazing Race! Have always watched every episode every season. I especially like seeing all the countries they go to, places where I haven’t been and places I have. I think Phil is an amazing host. I do wish they could go back to the first seasons where they had everyday people participating, but I realize known teams and people from before probably boost the ratings. I hope this show continues for a while yet. I love it.