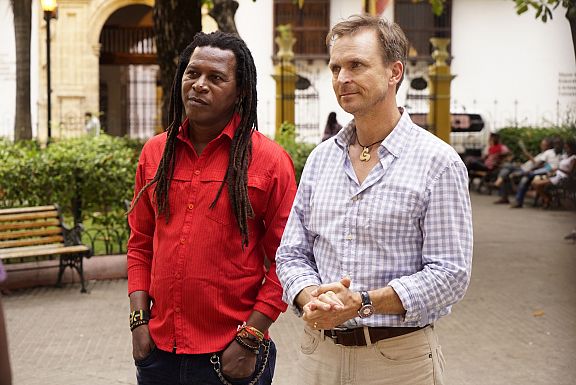 Are more Big Brother alums coming to The Amazing Race? According to TMZ, CBS is reportedly developing an all-Big Brother edition of the competition TV show.

Hosted by Phil Keoghan, the long-running competition series typically features 11 pairs of contestants racing around the world in pursuit of a million-dollar prize. The Amazing Race wrapped its 30th season earlier this year and was renewed for a 31st season last month. CBS hasn’t announced when the new season will air or if there will be any special twists.

However, TMZ reports that the network is considering a season with Big Brother alums as contestants. The idea comes after Big Brother cast members Cody Nickson and Jessica Graf won season 30. They met and became a couple on Big Brother and have since gotten engaged.

According to TMZ, producers have reached out to several past houseguests and have secured a list of competitors for the new season. Filming is expected to begin soon. It’s unclear if all contestants would be from Big Brother or, if one member of each team would be an alum.

CBS has yet to confirm the news.

What do you think? Do you watch  The Amazing Race? Would you watch a Big Brother contestant season?

Why big brother and not normal everyday people? That is rediculious! It’s suppose to be a reality game show, not another piece of celebrity trash!

I always watch Amazing Race…love it….I like the competition…equal chance for contestants. Personally would love to see Mike and Liz run the race again…together

I do not watch the Amazing Race. Just never got in to the show. I do watch Big Brother–love that show

I always watch AR. Having B.B. alums would not make a difference to me

That’ll be a good season of Amazing Race with BB cast. I’ll definitely be tuned in for that!!!

The BB aspect is kind of a non-starter but more AR is always good.

BTW, this site reported an AR renewal on 4/18 so yeah

YES to Amazing Race, NO to Big Brother crossover.

More Amazing Race please!! Without an all Big Brother cast.

I love Amazing Race and I love Big Brother. Not sure they need to be together.

Would love more Amazing Race. NOT INTERESTED if it includes Big Brother!!!!

Why not regular people like it used to be? How about creating an Amazing Race Senior Style?