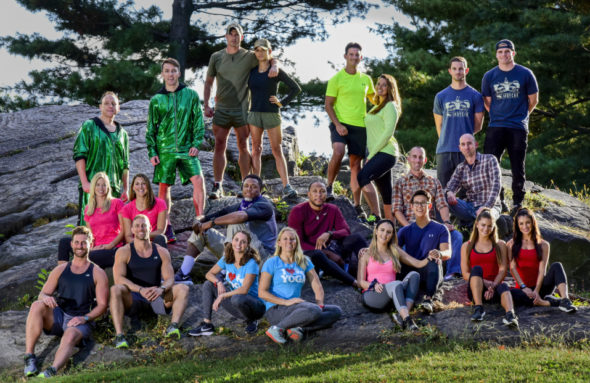 Although it didn’t seem likely to be cancelled outright (despite declining ratings), it took CBS until mid-May to renew its The Amazing Race TV show for a 30th season. In this cycle, the teams consist of players who are no strangers to competition. Can they gut it out and boost the ratings for the Tiffany Network’s competitive reality TV series? Will The Amazing Race be cancelled or renewed for season 31? Stay tuned.

Phil Keoghan returns to host season 30 of The Amazing Race. This season on CBS once again features 11 pairs of contestants racing around the world in pursuit of a million-dollar prize. From the starting line in New York City’s Washington Square Park they’ll set out for Iceland, to traverse a canyon above the Geitargljufur River. In all, the racers will visit 10 countries and 21 cities across 29,000 miles, in their quest to cross the finish line.

2/22 update: You can see the rest of the latest night’s ratings.

What do you think? Do you still like The Amazing Race TV series? Should it be cancelled or renewed for season 31 on CBS?

This show is amazing. CBS is killing this series. The double episode situation makes it harder in terms of time. This season is better than ever, and CBS doesnt seem to care. The ratings are performing much better than they have for the past few seasons. We need so much more of this show, please!!!!

I lost interest in this show when they replaced regular people with youtube stars, athletes, TV personalities, etc. And now every couple seems to bicker, and bicker and bicker when they are being devious.

This is and always been the best reality show on TV. My personal opinion is the ratings started slipping when they introduced the ability for teams to start turning around one another. The team that would win, won on their own merit, as did the team that would come in last place each leg of the race. Now, they are at the mercy of whoever gets there first and whether or not they choose to turn someone around. This took something away from the game and some people lost interest.