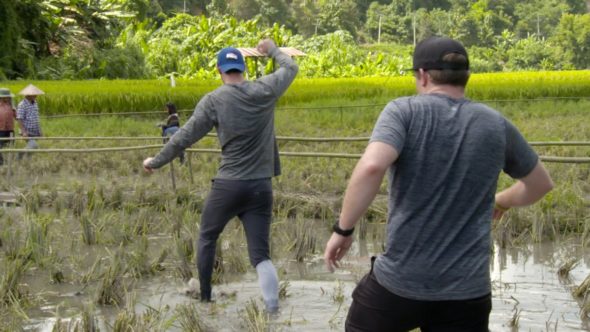 With no end in sight, CBS has renewed The Amazing Race TV show for a 31st season. The long-running competitive reality TV series had dropped some in the ratings over the years, but in season 30, it has seen a significant revival.

An unscripted CBS TV show, The Amazing Race is hosted by Phil Keoghan. It follows teams of contestants as they race around the world in pursuit of a million-dollar prize.

What do you think? Are you still a fan of The Amazing Race TV series? How many more seasons do you think it will last? Tell us.

I cannot wait for The Amazing Race to start up again. I wish that it was still on twice a year like in years past. It has to be one of the best shows on TV. My husband feels the same as I do. It is our family time.

Do you know when it will come back? I feel like it’s been forever

I am waiting for Amazing Race to start again. One of my favorite reality shows.

Love, Love, the amazing race!!! don’t cancel it!!! So great to see around the world cultures. Great education for everyone! Wonderful show!!

Me and my husband love the Amazing Race. I love that you get to see the less touristy areas of a country rather then the places that everyone goes to. Besides it is fun to watch.

SOOOOOO happy to see TAR is coming back. One of my favorite shows!!! Best season was when Brent & Josh won, in true underdog style…I can tell you that they are the real deal. Just as gracious and down-to-earth in person as they were when they ran the Race. They live just down the road from my town (ok, less than a half hour away) and I got to meet them 3 years ago. I’ve told their story to my friends and many now watch the show as well! Can’t wait!!

One of my all time favorites. PLEASE BRING IT BACK. I look forward to The Amazing Race every season.

We have been watching every season since its inception. Please don’t ever cancel. Our facpvorite TV show!!!

I discovered the Amazing Race about season 8 ? and have been watching ever sense. I told a friend of mine about the show and he watches it too. Really a great show. If it was gone it would be another reason to stop watching TVand switch to some other tv programming.

Love Amazing Race, one of the best, most exciting shows on TV! Keep on going forever and ever!!!

Please keep it going, I love watching it. It’s better than Survivor

Please keep The amazing Race, Love it, have watched every episode. I am anxiously waiting for the new season 31, Go ahead make my day.

Love Amazing Race. I hope they start showing it again twice a year!!