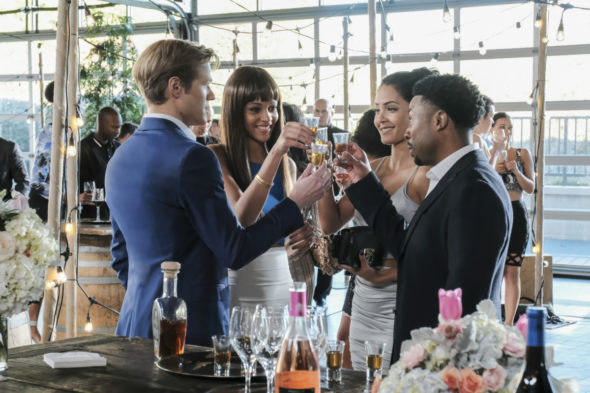 Once again, Mac comes through in the clinch. CBS has renewed its MacGyver TV show for a third season. Despite a disappointing showing in the demo, the reboot draws a good-sized total audience for the older-skewing Tiffany Network.

A CBS action-adventure drama, MacGyver stars Lucas Till, George Eads, Tristin Mays, Justin Hires, and Meredith Eaton. The reimagined series (the 1985 original starred Richard Dean Anderson) centers on Angus “Mac” MacGyver (Till), a 20-something adventurer. Mac creates a secret organization within the US government. There, he uses his vast scientific knowledge and extraordinary talent for unconventional problem solving to save the world.

MacGyver: A Look at the Ratings

The second season of MacGyver is averaging a 0.85 rating in the 18-49 demographic and 6.960 million viewers. Compared to season one, that’s down by about 21% and 7%, respectively. Although it ranks 21st out of the 25 scripted CBS TV shows in the demo, it rises to 11th place, in terms of average total viewership.

What do you think? Are you still watching the new MacGyver TV series? Did you think it would be cancelled or renewed for season three on CBS?

The show is ok, but honestly, they should have just given it a different name and used different names for the characters. There is only, and will only ever be, one MacGyver, Richard Dean Anderson, and that will always be. The reimagined is far too different from the original, and it is does not do the original or the name justice. It could have been a different show and been just as popular, perhaps even more, but trying to live in the shadow of such an iconic show… It’s a shame. The scripting is good, the acting is good, the… Read more »

It took me a bit too et into MacGyver I was comparing it to the the real MacGyver with richard dean Andersons. Once i got past that i really enjoyed the show..

My husband and I love this show it makes us laugh and sometimes it makes me cry, because of some touching moments. There are not very many shows anymore that has a little action, humor, etc. We like Jack and Mac they are great together. We sit down in the evening after work and dinner and watch the show because what better way to unwind then watch a show that makes you laugh. You know what they say, “laughter is the best medicine.”