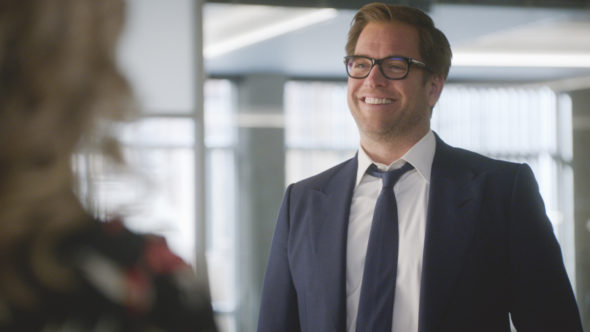 Somewhere, Dr. Phil is smiling. CBS has renewed its Bull TV show for a third season. Although the ratings fell some in the sophomore season, the series remains a top performers for the Tiffany Network, so the renewal was expected.

Bull: A Look at the Ratings

The second season of Bull is averaging a 1.19 rating in the 18-49 demographic and 10.57 million viewers. Compared to season one, it’s down by about 17% and down by 7%, respectively. Find out how Bull stacks up against the other CBS TV shows.

What do you think? Do you like the Bull TV series? Did you think CBS would cancel or renew it for season three?

I like Bull. I never thought anything like this took place before a trial, but I should have being a career police detective. I understand why, after some shows, that Bull had to also determine the ‘real’ suspect in a crime. It was to make the show more interesting. Truth is though, finding the real suspect isn’t the defense attorney’s job, and most couldn’t do it anyway as they have enough to do to get their client acquitted.

Thanks for returning to TV. Love “Bull”. Also, thanks so much for shaving. You look much better clean shaven than with whiskers! Some men can wear whiskers. I don’t think you look credible with whiskers. Keep in there! Respect for you from an 82-year old. God bless you and your program.

I love the series Bull. They have been cancelling some many of the series that’s inlove that I am rejoicing for the announcement of the new renewal series for Bill. Thanks! MS

I like the show Bull, really happy it is still on!

We just love Bull!! It’s so exciting and always on our seat second guessing what’s going to happen next. It’s refreshing and different!! Please don’t take it off!! The actors r perfect for their part!!

My husband and I love this show! We are estatic that it’s back for a 3rd season. Please don’t ever cancel this program. It’s both intellectual and entertaining. The cast is amazing together.

Love Bull. Glad it’s being renewed. Wasn’t sure I could see Michael Weatherly as anyone but Tony from NCIS. He suprised me and I don’t see Tony, just Bull. He’s a great actor and I’m really enjoying seeing him in this role. I love the whole ensemble of actors. Kudos.

This show is too intelligent for average American viewer.

That is not true.

I love Bull. .please bring it back! Favorite. Michael IS the best!

I love Michael Weatherly and his new show even though I still miss seeing him on NCIS. I’m happy that Bull was renewed, can’t wait to see what next season brings.