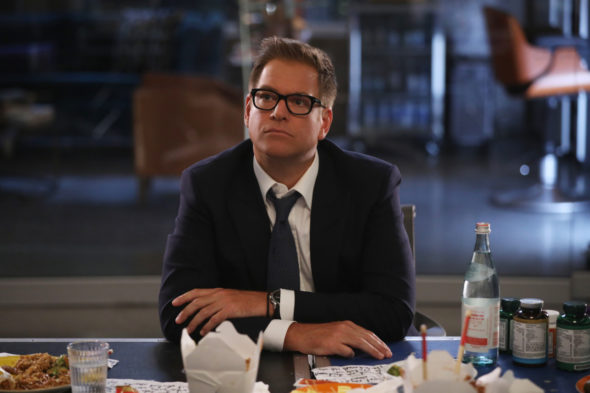 The third season of Bull is averaging a 0.74 rating in the 18-49 demographic and 6.71 million viewers. Compared to season two, it’s down by 37% and 37%, respectively. Find out how Bull stacks up against the other CBS TV shows.

Will CBS cancel or renew Bull for season four? The ratings are way down in season three, now that the show’s been moved to Monday nights. Still, because a fourth season will give the show enough episodes for syndication, I’m sure it will be renewed, regardless of the ratings declines. Still, I’ll keep an eye on the Nielsens and update this page as needed. Subscribe for free alerts on any Bull cancellation or renewal news.

5/9/19 update: Bull has been renewed for a fourth season by CBS.

What do you think? Are you glad that the Bull TV series has been renewed for a fourth season? Would you have been upset if this series had been cancelled instead?

Excellent show. The only one I stay up until eleven to watch.

I personally think it is one of the best shows on TV at the current time. It would be a crying shame to axe it.