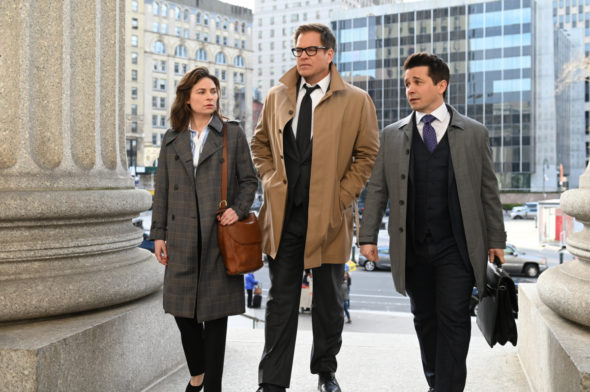 Is Dr. Bull still the master of the courtroom? Is the Bull TV show cancelled or renewed for a fifth season on CBS? The television vulture is watching all the latest TV cancellation and renewal news, so this page is the place to track the status of Bull, season five. Bookmark it, or subscribe for the latest updates. Remember, the television vulture is watching your shows. Are you?

The fourth season of Bull averaged a 0.63 rating in the 18-49 demographic and 6.35 million viewers. Compared to season three, that’s down by 15% and 5%, respectively. Find out how Bull stacks up against the other CBS TV shows.

Will CBS cancel or renew Bull for season five? Though the ratings are down, I’m confident that Bull will be renewed so there will be more episodes for a syndication package. I’ll update this page with breaking developments. Subscribe for free Bull cancellation or renewal alerts.

What do you think? Are you glad that the Bull TV show has been renewed for a fifth season? How would you feel if CBS had cancelled this TV series, instead?”

One of my favorite shows.

We love BULL.
Hope it continues!

I love everything about this show and especially the psychological aspects. I think more people would view this show if the writers returned to injecting more of the psychology, as it did in its first 2 seasons.

Because what we have now is a legal show with a little bit of psychology thrown in. Versus what we had in the beginning which was about 35% psychological and 65% legal, which is what set it apart from all of the other legal shows on TV. And why it was so well-received, imo.