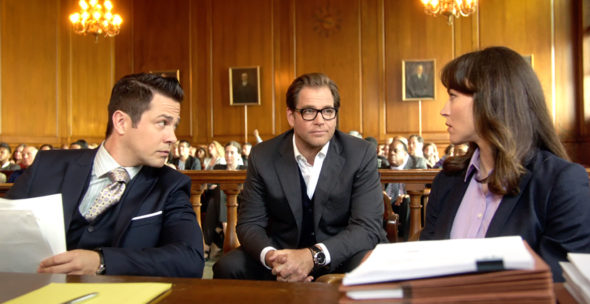 Bull has some new company. According to The Hollywood Reporter, MacKenzie Meehan will recur on season three of the CBS TV show.

On Bull, Meehan will be playing Taylor, a new addition to the Trial Analysis Corporation team who is an expert in coding and hacking. Season three premieres on CBS on September 24th at 10 p.m. ET/PT.

What do you think? Do you watch Bull? Are you excited for the new season?

I JUST LUV BULL. I THINK THE RATINGS ARE GOING DOWN SINCE THEY MOVED IT TO MONDAY CBS PLEASE DONT CANCEL IT. MICHEAL WEATHERLY ROCKS

I do watch “Bull” and enjoy the show. I enjoyed his character on NCIS also and that’s the reason I started watching “Bull”. I like the acting and will continue to watch as I’m anxious for the new season to start.

It’s our favorite show. Can’t wait for it to start again.

I really like “Bull” and looking forward to it starting again!

love “BULL” i did not think i would like it, but, the more i watched Michael weatherly and his team, i love the show now!!

I think BULL is a fantastic show.One of the best on TV. Am looking forward to the new season to start.

I think BULL is a fantastic show – one of the best on TV. I am definitely looking for the new season to start.

So excited for the next season of Bull!

Can’t wait for Bull to start up again in September. I just love this show.