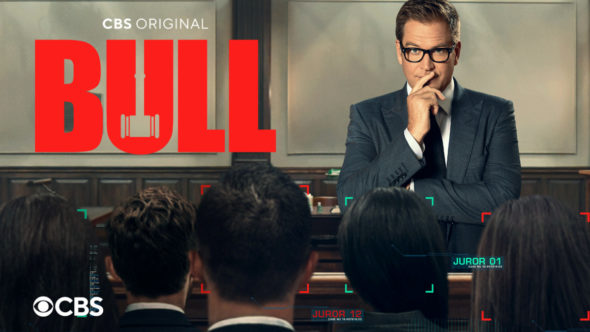 Doctor Jason Bull has a talent for picking a jury and winning big cases but the Bull TV series hasn’t been a big winner when it comes to the ratings. How will this CBS legal drama perform this time around? Will Bull be cancelled or renewed for season six? Stay tuned. *Status Update Below.

For comparisons: Season four of Bull on CBS averaged a 0.64 rating in the 18-49 demographic and 6.35 million viewers.

What do you think? Do you like the Bull TV series on CBS? Should it be cancelled or renewed for a sixth season?

This episode was great, stay away from WOKE!!!

Best season finale of any network show this year!!

Bull is one of the best shows on TV, glad it is being renewed

I agree with you including NCIS, Los Angeles too so good every year a real crime Drama so good.