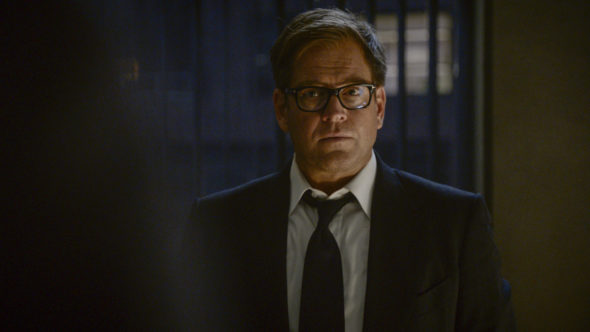 Could Jason Bull’s expertise somehow help CBS attract more viewers? Has the Bull TV show been cancelled or renewed for a sixth season? The television vulture is watching all the latest cancellation and renewal news, so this page is the place to track the status of Bull, season six. Bookmark it, or subscribe for the latest updates. Remember, the television vulture is watching your shows. Are you?

The fifth season of Bull averaged a 0.46 rating in the 18-49 demographic and 5.05 million viewers. Compared to season four, that’s down by 28% in the demo and down by 21% in viewership. Find out how Bull stacks up against other CBS TV shows.

Will CBS cancel or renew Bull for season six? While the ratings aren’t the strongest, this series is a pretty consistent player for the network. I believe that it will be renewed but, I wouldn’t be surprised if CBS moved it to Sunday or Friday nights at some point if/when one of the current occupants vacates a timeslot. I’ll update this page with breaking developments. Subscribe for free alerts on Bull cancellation or renewal news.

What do you think? Are you glad the Bull TV show has been renewed for a sixth season? How would you feel if CBS had cancelled this TV series, instead?

Renew in all the undecided on or off I missed the oct 7 show. Hope he is on for season 6 and more.

I’m glad football has been renewed it is one of the better from home on TBS. It’s not shooting and go And so much violence

Love this show! Terrific to see good writing & story line; excellent acting by a wonderful show without violence/ shooting taking center stage. Losing this show would be a great mistake!!

So love this show! Bull is the best show on TV! Keep him coming!!!

Love Bull! You can’t go wrong with Michael Weatherly. It’s a great cast all the way around.

After Weatherly’s behavior I’m amazed that he hasn’t been shut down for good. His behavior was disgraceful and he is still the star of tv show.