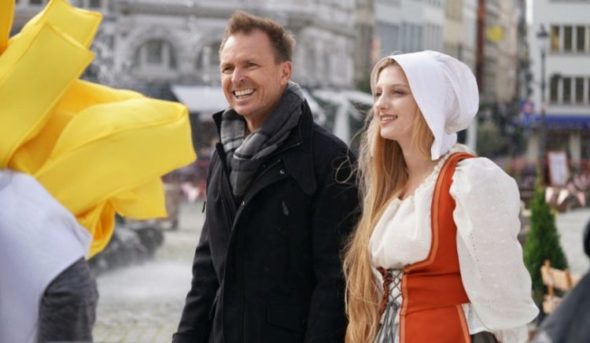 The Amazing Race was one of the first shows to shut down production at the start of the COVID-19 pandemic. Production was underway on season 33 of the CBS series but, in late February, Phil Keoghan and other producers stopped the race and sent everyone home.

While promoting his new CBS series, Tough as Nails, Keoghan spoke about the decision to halt the production of the reality competition series. He said the following, per Variety:

“My heart went out to the cast, who had taken time off work, who had sacrificed a lot to come onto the show. We got everybody home safely to their families, which we told them was our number one priority. It’s the one thing we lose sleep over, making sure that we can get these amazing people around the world safely. It didn’t take long for us to realize that we hadn’t overreacted, that we had done the right thing. Our goal is obviously to get back out and to finish Season 33. But I am a little disheartened by what I’m seeing with the number of cases.”

Production on season 32 on The Amazing Race was wrapped over a year ago and that season is slated to premiere in the fall.

What do you think? Are you a fan of The Amazing Race TV series? Will you be watching season 32 in the fall?

So understandably sad that the show is pausing. But PLEASE show season 32!! I so miss Amazing Race.

Best reality show ever! I love seeing the sights around the world, and the competition is
Amazing.

I’d rather everyone be safe this year. Even the U.S. has areas that are not safe. I am disappoint however as long as it returns next, I’ll be happy.

The AMAZING RACE is the greatest show ever and my husband and I watch it every season…I hope we get to see it again very soon!!!

I love The Amazing Race and have been IMPATIENTLY waiting for Season 32 to air, seemingly forever! I’ll definitely be watching it and all seasons of Amazing Race for as long as I can draw a breath!
Phil is a great host and his new show is also great!

THE AMAZING RACE is just that…. AMAZING! It’s my favorite show & I really miss it.

Yes, love this show from the very beginning. Keep it going Phil.

Love The Amazing Race!!I have watched every season. I hope it will be kept on forever!!

The greatest family show on television. My daughter and I are trying to get on the show. Hey Phil, look us up.