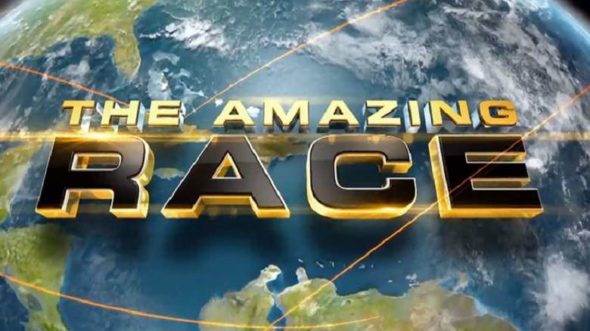 The Amazing Race hasn’t even aired season 32 on CBS, but production has now begun on season 33. Filming began on February 22, per Reality Blurred. A previous report revealed that season 32 had wrapped production late in 2018, but CBS has not set a premiere date.

Season 33 will have at least two familiar faces from CBS’ other reality programming. A couple from Love Island is featured on the series. Season two of that series will premiere on CBS in May. Caroline “Caro” Viehweg and Ray Gantt from season one were seen in photos on social media. They are the only couple still together after their season.

Check out the teaser photo for Amazing Race season 33 below.

What do you think? Are you a fan of this series? Are you excited see season 32 and 33 on CBS?

The Amazing Race is exactly amazing. We have watched every episode since the beginning of Season 1. We waited anxiously for every new season to begin. We do have a Canadian version which is good, but the original travels to many more countries and shows us their customs and, in that way, is educational as well as so much fun. We will look forward to the next season to air with fingers crossed it will happen sooner rather than later. Phil, we are waiting. In the meantime, we will await the worts ‘Go’…Travel Safe!

I thoroughly enjoy this series. Please air season 32! Now would be a good time to air it because of what’s going on in the world. Thanks

I love the Amazing Race, I can’t wait for it to come back.

My whole family enjoy this show!!

I am a die hard fan of the amazing race. If you know me you know not to bother me when I’m watching Amazing race lol.. I can’t wait to watch 32 & 33.. C’mon CBS air the episode already

Love this show. Can’t wait for the next season.

Yes. I’ve been a Fan since the Beginning. The thing I always wait for is for someone to say
It didn’t look this hard on tv.
I always wonder which show they watched cuz it wasn’t the same one.I saw

Best show ever! Picked some of our travels from watching Amazing Race. Missed it!

Can’t wait to see the new season. Amazing Race is one of my favorite reality show! I miss it a lot.

I love this show, so excited.

Love, love, love this show! Can’t wait to see it again!! I hope they continue it for a long time!

I’m sooo glad Amazing Race will be airing soon. I miss this show very much. I’m glad your listening to the fans and keeping our favorite shows on TV. I can’t wait for Amazing Race to come back on. My husband will be thrilled as well, I can’t wait to tell him. Hurry May!!!!