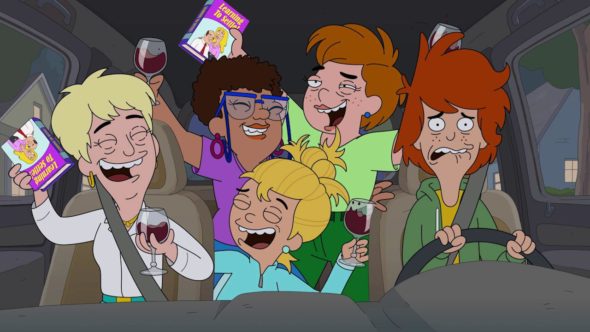 Duncanville has promoted three of its guest stars to regular status for season two of the FOX animated series. Per Deadline, Rashida Jones, Wiz Khalifa, and Joy Osmanski have all been made series regulars. They join Ty Burrell, Riki Lindhome, Betsy Sodaro, Yassir Lester, and Zach Cherry on the comedy.

The FOX comedy follows “the life of Duncan, a spectacularly average 15-year old boy (voiced by Poehler), and the people in his world. Duncan can see adulthood on the horizon: money, freedom, cars, girls — but the reality is more like: always being broke, driving with your mom sitting shotgun and babysitting your little sister. He’s not exceptional, but he has a wild imagination in which he’s never anything less than amazing.”

Duncanville will return to FOX in early 2021.

What do you think? Are you glad you’ll see more of these characters during season two?

Great series looking forward to it.