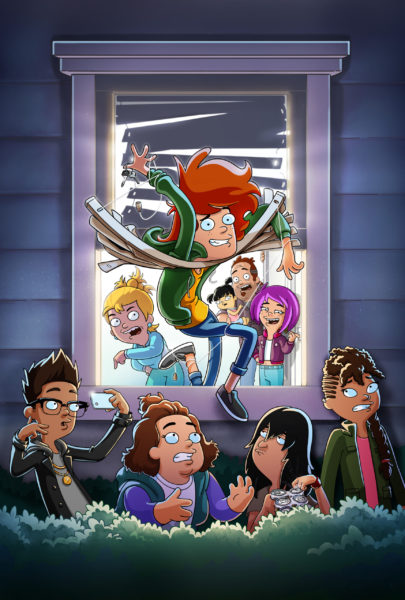 Like most teens his age, Duncan (Poehler) can see the wonders of adulthood on the horizon but his reality is much more mundane. He’s always broke, driving with his mom riding shotgun, and babysitting his little sister.

Duncan’s mom, Annie (Poehler), is a parking enforcement officer who dreams of someday being a detective. Day-to-day, she lives in perpetual fear that her teenage son is one bad decision away from ruining his life and will do anything to stop him from doing so. Duncan’s father is Jack (Burrell), a classic-rock-obsessed plumber who’s determined to be a better dad than the one he had.

Duncan confides in his friend and the class clown, Bex (Sodaro), so much so, sometimes he even forgets she’s a girl. His stylish and swaggy friend, Yangzi (Lester), is proud to be a cool trendsetter and promotes companies on social media so they send him free swag. Duncan’s next-door neighbor is Wolf (Cherry). He’s a bit reckless due to having very little parental supervision.

What do you think? Do you like the Duncanville TV show? Do you think it should be cancelled or renewed for another season?