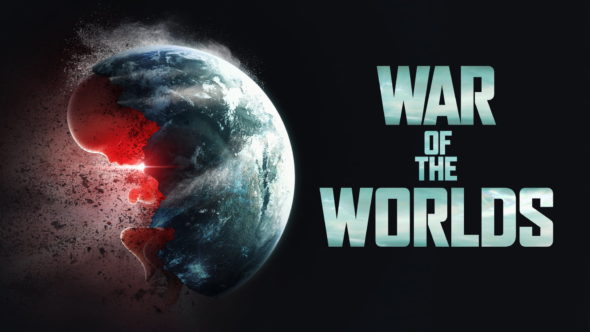 TV show description:
Loosely based on the classic 1898 novel by H.G. Wells, the War of the Worlds TV show takes place in present-day Europe.

The story begins as astronomers detect a transmission from another galaxy and this serves as definitive proof of intelligent extraterrestrial life. Within days, mankind is all but wiped out by a devastating attack and pockets of humanity are left in an eerily deserted world.

As aliens hunt and kill those who have been left alive, the survivors ask a burning question — who are these attackers and why are they hell-bent on our destruction? The survivors soon learn that the aliens’ savage attack on Earth is anything but arbitrary.

What do you think? Do you like the War of the Worlds TV show? Do you think it should be cancelled or renewed for another season?

All three seasons of war of the worlds are fantastic. The episodes are thrilling and engaging and can sometimes make me hold my breath to see what it’s about to happen. It keeps me enthralled every second. I’m watching it. I hope they continue with season four.

I love this. So like tv execs go be out of touch of what the viewers watch.

I Love It! A good substantial post-apocalyptic series. Gives you the flavour of the end of the world without all the schlock of CGI special FX! Good characters, old story revisited. GREAT aliens, they give you the shivers without even seeing them!

I love this series, was bummed out when there were no more than 8 epasodes seen all of them 2 or 3 times,love it keep them coming

Renew war of the worlds

This is a awesome show can’t wait for a season 2, please it truly makes you think about things and what it’s like to servive in a world with dangerous people and things.

I love the show. Entertaining. European view of War of the Worlds. A different twist to the American version.

The original story takes place in Europe; England to be exact. A new, modern twist is a better description.

I have seen the first two episodes and I find very entertaining. A good sci-fi show. I hope they get to a reasonable conclusion before getting cancelled.