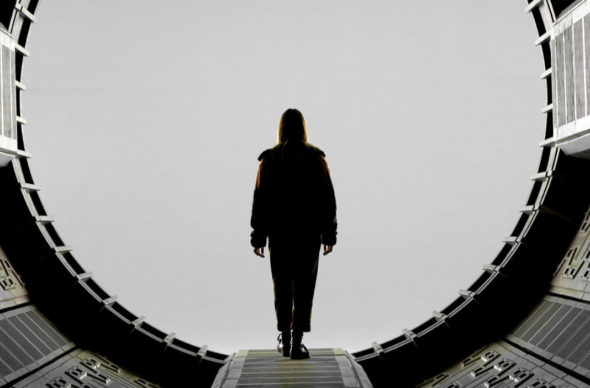 The War of the Worlds is coming! The new series, which is based on the novel by H.G. Wells, now has a premiere date. Viewers will be able to see the series in February. Gabriel Byrne and Elizabeth McGovern star in the series.

EPIX revealed more about the re-imagined series in a press release. Check that out below.

“Premium network EPIX announced that it will premiere the Gabriel Byrne and Elizabeth McGovern-led drama series, War of the Worlds, exclusively to US audiences on February 16, 2020 at 9pm.

Said Michael Wright, President, EPIX, “We at EPIX are thrilled to be working with the teams at Urban Myth and Studiocanal to showcase Howard Overman’s masterful take on this classic story. We can’t wait to bring this cinematic and addictive series to our audience.”

Executive producers for UMF Julian Murphy and Johnny Capps added, “Cinematic, with all the mystery, intrigue and action of the best science fiction, this fresh interpretation is a character drama that considers the myriad fears of today’s world and how potential threats may only be overcome by harnessing our own humanity.”

Set-in present-day Europe, War of the Worlds is a multi-faceted series, based on the story by H.G. Wells. When astronomers detect a transmission from another galaxy, it is definitive proof of intelligent extra-terrestrial life. The world’s population waits for further contact with baited breath. They do not have to wait long. Within days, mankind is all but wiped out; just pockets of humanity are left in an eerily deserted world.

As alien ships appear in the sky, the survivors ask a burning question – who are these attackers and why are they hell-bent on our destruction? This is a story of ordinary people in extraordinary circumstances – but they are more than just victims in a brutal war. For, as we will come to realize, the aliens’ savage attack on earth is not arbitrary: its seeds are being sown before our very eyes.

What do you think? Will you watch this re-imagining of the science fiction classic, War of the Worlds?

Loved it looking forward to season 2

Absolutely I’ll be watching this newly-reimagined rendition of “War of the Worlds,” which ought not be confused with a recent (and bad) 2019 production.

Oh common, this is highly acclaimed, I watched the series, it is pretty weak throughout. My advise is to give a miss and save those hours for doing something useful. Very bad show.

Show is actually good! All you sci-fi nerds like me will enjoy this show!