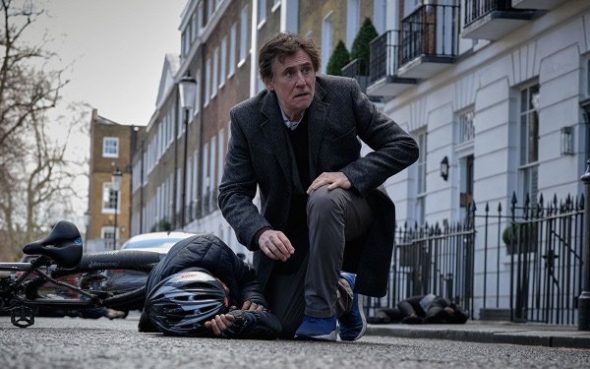 An EPIX sci-fi drama, the War of the Worlds TV show stars Gabriel Byrne, Elizabeth McGovern, Léa Drucker, Adel Bencherif, Emilie de Preissac, Natasha Little, Daisy Edgar-Jones, Ty Tennant, Bayo Gbadamosi, Stephen Campbell Moore, Stéphane Caillard, and Aaron Heffernan. The story takes place in present-day Europe and begins as astronomers detect a transmission from another galaxy and this serves as definitive proof of intelligent extraterrestrial life. Within days, mankind is all but wiped out by a devastating attack and pockets of humanity are left in an eerily deserted world. As aliens hunt and kill those who have been left alive, the survivors ask a burning question – who are these attackers and why are they hell-bent on our destruction? The survivors soon learn that the aliens’ savage attack on Earth is anything but arbitrary.

What do you think? Which season one episodes of the War of the Worlds TV series do you rate as wonderful, terrible, or somewhere between? Do you think that War of the Worlds on EPIX should be cancelled or renewed for a second season? Don’t forget to vote, and share your thoughts, below.

7/12 update: War of the Worlds has been renewed.

When will War of the Worlds next season be coming back? It is such a good show. PLEASE do not cancel it.

Being a 63 year old baby boomer post 1951 War of the worlds watcher I thoroughly enjoyed watching the epic series
It has a great current day twist to it! FANTASTIC SERIES EVER!

PLEASE put it back on EPIX the same channel as last season or HBO or SHOW TIME . Not on a channel that most of us don’t have!!! Like Netflix, etc.

PLEASE renew the second series of war of the world with Gabriel Byrne. The one I watched with Elizabeth McGovern. The 8 episodes were intense n got me hooked I can’t wait n still waiting for season 2. The robots were creepy n loved the sound n the noise they make. Where can I keep posted of when the new season starts? What does Gabriel Byrne do next? What is the deal with the couple they don’t seem to want to kill when seen. Plus all the babies they’re collecting?

This was the most interesting new show on cable television this year, and the subtle updates incorporating social global issues work well. Most disturbing was the idea the they responded to what they called “our invitation” and ONE person is responsible for their finding us. The multilingual script is fresh, as is the lack of a “Heroes” vs. ‘Villians” theme which kills most sci-fi shows. There’s an exciting, random sense of foreboding doom, and no one is safe. (Elizabeth McGovern! No!) My one distraction is the miserable, reticent daughter. Unlikeable to begin with, her obnoxious self-pity is as annoying as… Read more »

I love war of the words it’s great very well done.It keeps your interest and it keeps you on the edge wondering what’s going to happen next.Please never cancel this show it’s too good.

I love this series please, please renew for another series. There are so many questions to answer surely they’ve got to do another.

I for one LOVE THE NEW WAR OF THE WORLDS!! It is very different from previous ones. This is more cerebral and thought provoking. It is more about the humans interpersonal reactions to the aliens and how the humans bond together in different small groups to survive. I have watched the entire first season all 8 episodes when it first played on Epix, but now when I access Epix thru ON DEMAND only 7 episodes are available. I have called my cable company to fix this but they can’t get episode 8. I HOPE that a DVD will be made… Read more »

I wasnt sure of this latest interpretation of the HG Wells classic at first.The series built very much on the human psyche and how people reacted to the invasion.Killer dogs scenting and killing with deadly effect keeps you on your toes.Need a series 2 to flesh out the building story.

Episode 8 did not feel complete. Will there be more? Too many unanswered questions. It felt like a letdown.

Are what happened to episode 7 and 8 of the first season?

When will the finale for War of Worlds be available to watch on Demand on EPIX?

I just watched it today on demand. .i really enjoin is series and I hope there is a season 2, or I will feel defeated.