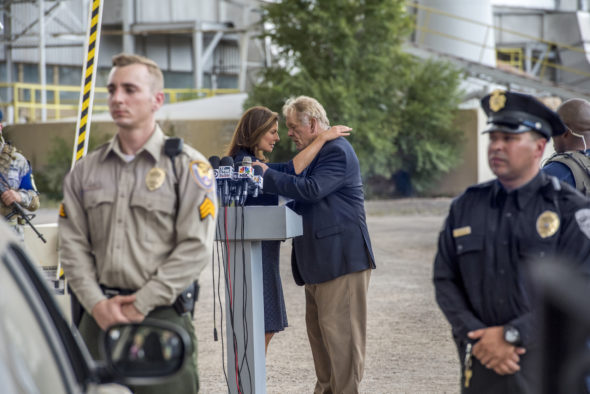 President Graves’ quest to right past wrongs has come to a sudden end. EPIX has cancelled its Graves TV show after just two seasons. This means episode 2.10, “Spark Meet Gasoline,” which aired on December 10th, will serve as the unintended Graves TV series finale. .

Although EPIX has not issues a press release, Deadline has confirmed the Graves cancellation.

What do you think? Have you watched the first two seasons of the Graves TV series on EPIX? If it was your call, would EPIX cancel or renew Graves for a third season? Sound off, in the comments.

I LOVED Graves and was just telling all my friends to start watching it. Wish it would continue!

Excellent show. Wish there was another season

Graves is a great show, just watched both seasons, so sad it was canceled

I just watched “Graves” – binge watched. When the last one ended I was left hanging! I HATE when this happens! I would have gladly welcomed a Season 3 and frankly, I’m PO’d that they didn’t go on with the story or at least created a satisfactory last episode.

Loved graves!! Renew it! Maybe netflix could pick it up?

WE had a free week and started watching epix and got hooked on Berlin Station and Graves. It’s a bummer you canceled Graves and Berlin Station doesn’t restart for a year if you picked it up again. Time to cut epix.