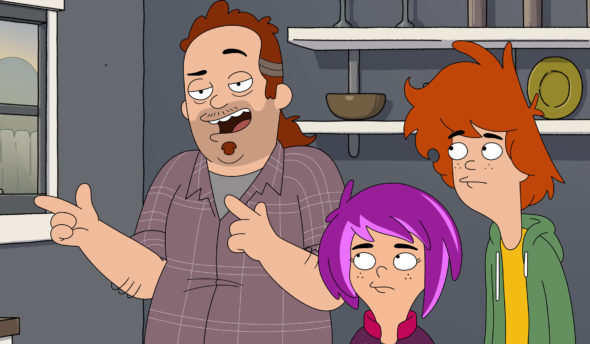 It had been a while since FOX had found a successful new addition to the network’s Sunday night Animation Domination lineup. Last year, the network introduced Bless the Harts and it did well enough to be renewed. How will Duncanville fare? Will this animated family comedy series be cancelled or renewed for season two? Stay tuned. *Status Update Below

Created by Amy Poehler and Mike and Julie Scully, Duncanville stars Poehler, Ty Burrell, and Riki Lindhome, with Rashida Jones, Wiz Khalifa, Joy Osmanski. It’s a comedy series that centers around an extraordinarily average 15-year-old boy. Like most teens his age, Duncan (Poehler) can see the wonders of adulthood on the horizon but his reality is much more mundane. He’s always broke, driving with his mom riding shotgun (Poehler), cringing at his dad’s efforts to be cool (Burrell), and babysitting his little sister (Osmanski).

What do you think? Do you like the Duncanville TV series on FOX? Should it be cancelled or renewed for a second season?