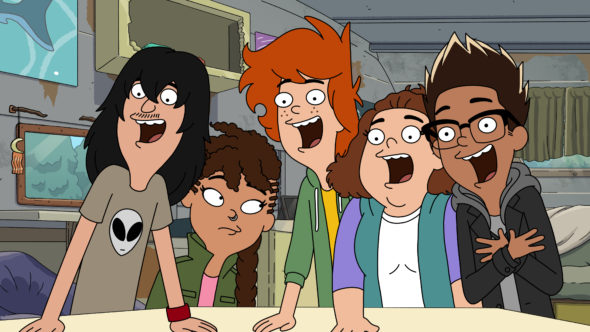 Young Duncan’s coming-of-age story won’t continue on FOX. The Duncanville series has been cancelled, eliminating the chances of a fourth season on the network. While the low-rated series finished its run on FOX on Sunday night, there are still new episodes to come.

The third season of Duncanville averages a 0.16 rating in the 18-49 demographic and 534,000 viewers in the live+same day ratings (includes all DVR playback through 3:00 AM). Compared to season two, that’s down by 28% in the demo and down by 23% in viewership. In the live+7 day ratings, which includes delayed viewing, the series averages about 640,000 more viewers and was one of the network’s lowest-rated shows.

While Sunday marked the end of Duncanville’s time on FOX, there are still six leftover unaired episodes. They are expected to be released via Hulu later this year.

What do you think? Have you watched the Duncanville TV series on FOX? Are you disappointed that this animated comedy series won’t have a fourth season?

I really liked Duncanville glad at least got 3 seasons 10 episodes for season 4 so far not including the confirmed addition 6 more . Unfortunately that will be all no more episodes after that. Hoping they release for purchase on dvd

Need to stop canceling shows without any merit. More shows that we can relate to not what’s politically correct.

I’m getting tired seeing my favorite show canceled…. I really liked this show too

I watched Duncanville. Liked the show.

i thought it was renewed going to hulu