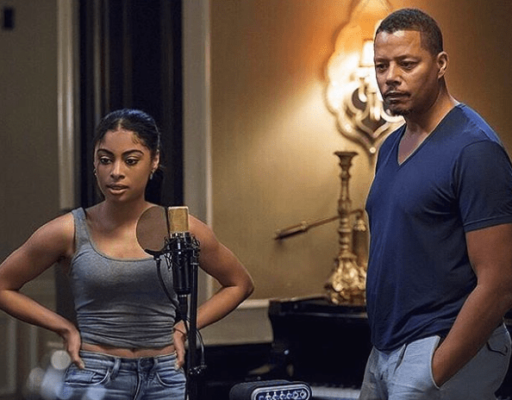 Some familiar faces are returning to Empire. Deadline reports Katlynn Simone (pictured), Meta Golding, Wood Harris and Mario have been promoted to series regulars for the sixth and final season of the FOX TV show.

The sixth and final season of Empire is slated to debut on FOX on September 24th at 8 p.m. ET/PT.

What do you think? Do you watch Empire? How do you want the series to end?

I’m not for firing Jessie Smollett (Jamal Lyons). He is a major musical performer in Empire. The middle son of the Lyons family will not be a good look without him. Don’t hold his personal life against him. All charges was dropped and the fans have forgiven him. None of us are perfect and we all make mistakes. Please let him continue his role as Jamal Lyons. I love Empire and I’m praying this TV night time drama never ends.

Not those kind of mistakes that absolutely take our entire society back 200 years and he did it with absolute delusion, which makes him dangerous to the society no matter the talent he might possess.

Bring Jamal back and do a season 7 please

I don’t want the show to end!! Why does every show I like end?? I always want Jesse to stay on…

Thats the problem , I dont want it to end , Shame on FOX for cancelling this and Star due to Conservative pressure Both shows have decent rating numbers and if truth be told the numbers increased following the Smollett , scandal. Fox has a history of abandoning shows earlier than needed , having no respect for the fanbase , This is why it will always be the Big 3 and the little 1, The shows that have been taken off right as they have a solid audience are too many to name Again shame on you and this time… Read more »

I don’t want the show to end!! I believe Empire really has a chance for a bigger story