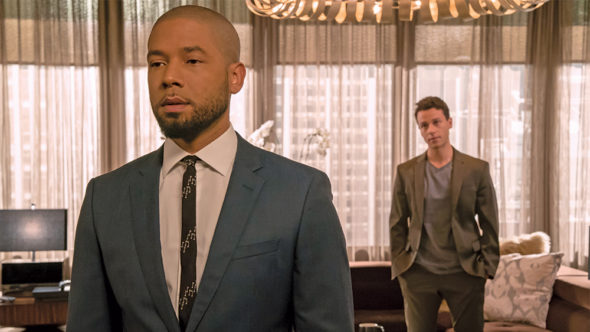 Empire is getting ready for its end, but one cast member may return before the final credits role. TV Line reported that fans could see Jussie Smollett return to the series as Jamal. He was last seen during season before his real life legal troubles led to his removal from the series.

Brett Mahoney said the following about Smollett’s potential return to the FOX series:

“It would be weird in my mind to end this family show and this family drama of which he was such a significant part of without seeing him. It’s fair to say it’s being discussed, but there’s no plan as of yet to bring him back. There’s been no decision made.”

Mahoney teased more about potential returns in an interview with Deadline as well. He said the following:

“I think we have a few people from the past as we had in the flash forwards. We saw some of the old villains. We still have some of them coming back, but really, we’ll just keep focusing on the core family, that’s all I can say.”

Empire will return with its final episodes in spring 2020.

What do you think? Do you want to see Jussie Smollett return to Empire before it ends?

Yes, I think Jussie Smollett should return for the final season. Although, after the recent news I don’t know if that will be possible. I think they should drop the case against him since he was already found not guilty. And I think empire should bring him back

You no something it is so very wrong that this show is being taken off but since you are they should bring his character back that would be the right thing to do and also cookie and Lucius should leave the show getting on a plane and leaving there sons the business and just leave it like that I’m really sorry to see it go it was a really good show thank you.

Yes he should definitely be in the final season

Yes he needs to be on Empire for the final episodes….show shouldn’t end without him.

Yes I will like to see him in the final episode

Yes I think Jesse small it should return in the final.