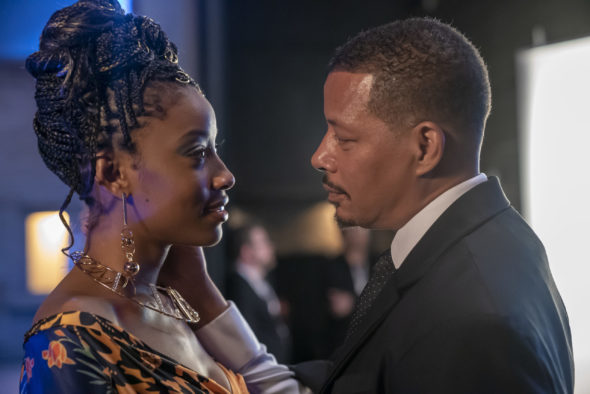 Empire will end its run on FOX tomorrow night, but the episode was not meant to be the series’ finale. The series was meant to end with episode 20, but episode 18 will be the end of the series.

“March 13 [ended up] being our last day of shooting, so the questions were really stuff like, ‘What are we going to do? How is it going to be and how we’re going to move, moving forward?’ As [the coronavirus] was becoming more of an issue, the plan on that Friday really was at the start of the day, if we were able to shoot like five more days, I was thinking I could really do the finale we intended by combining 19 and 20. Surprisingly, as that day moved forward, and it was clear that to maintain the safety and health of the cast and crew we weren’t going to be able to continue shooting, that went out the window. So, then I had the choice to, if this was going to be the final episode with the material that we had, could I plan a somewhat satisfying finale from the materials we had?”

Mahoney did reveal that fans will have “closure” with the Empire finale that airs later tonight. Mahoney and the series creators do hope to bring the cast and crew back to film a true finale at a later date.

What do you think? Are you hoping tonight’s finale ends the series with closure?

They need to wrap up all the loose ends in a MOVIE!!!!

I didn’t like how it ended at all. After watching Empire for 6 seasons and being a faithful and loyal fan it’s only fair that the writers and producer’s have a 2 hour season finale or complete episodes 19&20. There are too many unanswered questions for the fans. Please let the fans have a proper ending once all of this pandemic is over and done with. We’d be ever so thankful to you.

I was so disappointed in that ending! It just didn’t have closure for so many reasons.

I would still like to see a finale at a later date.

I think they should continue with airing episodes 19 and 20 after this coronavirus pandemic is over and closing mandates are over!! If we as fans do not get to see the real ending after watching for 6 seasons it will not be the end for us. It will not be over! There are so many things that need to be brought to a closure. Show the last 2 episodes or do a 2 hour finale, or better yet Do a whole new season. We as fans deserve that. We have stayed loyal and watched each week and we should… Read more »

If episode 19 & 20 aren’t shown, then there won’t be any closure. It will be like a lot of other shows that ended or were cancelled, you draw your one conclusion and I hate doing that. I would like to see it end the way it was written in my he beginning, not left with a cliff hanger.

I totally agree!! They need to finish 19 and 20. Or at least do a 2 hour finale. Being loyal fans and watching for 6 seasons we deserve a real and proper ending!!!

Nooo I think they should have another season

I think they should end with episode 19 & 20 after all the pandemic is over. Love this show and really was looking forward to seeing what the finally was going to be.

It sucks I hope they do at least a 2 hour finale. After watching all these years

Yes I agree it did suck!! I was expecting way more!! They need to air episodes 19 and 20. If not we will never have real closure to a series that we have been loyal to for 6 years!! DO THE RIGHT THING FOR YOUR FANS PLEASE!!! FOX please allow them to do this after this is over!!!