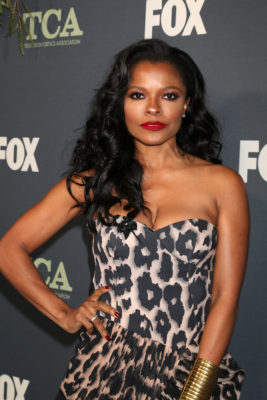 Empire has some new company. Deadline reports Keesha Sharp (pictured) and Diamond White have joined the sixth and final season of the FOX TV show.

On the sixth and final season of Empire, Sharp will be playing “Dr Paula Wick, a smart, insightful woman who offers endless compassion but doesn’t take sh*t from anyone” and White has been cast as “Lala, a soft-spoken SoundCloud singer who sounds great online but is plagued with performance anxiety and cursed by an inability to sing in front of a crowd.”

The final season of Empire debuts on FOX on September 24th at 8 p.m. ET/PT.

What do you think? Do you watch Empire? How do you want the series to end?

Why are all the good showsbeing canceled empire game of thrones, Vikings, passage, power, what will we watch this fall. BORING.

Keep empire on it’s the best show on.

Please don’t take or empire off the air , because it excellent show , l can’t wait to see it again in September ,

WOULD LOVE TO SEE EMPIRE STAY FOR A FEW MORE YEARS GREAT SHOW. AMD THE ACTORS ARE GREAT. IT SHOULD STAY ON WHAT HAPPENED WITH JUSSIE MOST PEOPLE. DON’T CARE YOU SHOULDN’T HAVE TO PAY FOR THAT PEOPLE WILL STILL WATCH THIS SHOW THEY LOVE COOKIE AND LUEISH THAT IS ALL THAT MATERS. IT WILL STILL BE A HIT.

Empire is one of the best shows on. I hate to see it end because of the stupidity of some. Replace the disappointments with new and fresh talent. Isn’t that what the show is about…Long live empire