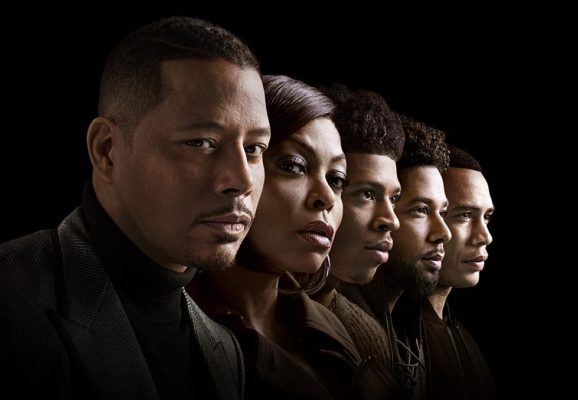 A couple weeks ago, FOX announced that the Empire TV show had been renewed for a sixth season for the 2019-20 season. Today, the network announced that that will be the end for the music drama. There won’t be a seventh season of what was once FOX’s biggest series.

Season six will see Empire return to its original Tuesday timeslot and the drama will surpass the 100 episode mark. The sixth season will have 20 episodes, which will be the series’ biggest season yet. The first season had 12 installments while later seasons had 18 episodes each.

Also this fall, THE RESIDENT moves to a new night and time on Tuesdays (8:00-9:00 PM ET/PT), followed by the sixth and epic final season of the groundbreaking cultural phenomenon EMPIRE (9:00-10:00 PM ET/PT), which returns to its original time period. Season Six promises to be filled with drama, shocking surprises and more jaw-dropping moments. The award-winning drama about a family dynasty set within the glamorous and sometimes dangerous world of hip-hop music has generated chart-topping hits, and socially relevant storylines, introduced “Boo Boo Kitty” into the zeitgeist and delivered over-the-top OMG moments weekly. Cookie (Taraji P. Henson) and Lucious (Terrence Howard), the two larger-than-life characters at the center of the series, have taken viewers through the highs and lows that come with fame and fortune. As the series enters its final season, one thing is for sure, the Lyons never go out without a bang.

On today’s press call, FOX Entertainment boss Charlie Collier said, “We are turning the final season into a large TV event. We’re trying to go out guns a-blazing.” There’s still no word on how big a role (if any) Smollett will have in the final season.

What do you think? Do you plan to tune in for the final season of Empire on FOX? Is this a good time for the show to say goodbye or, would you have watched a seventh season?

PLEASE BRING BACK EMPIRE. THIS IS A WONDERFUL SHOW AND I LOOKED SO FORWARD TO EACH WEEK. I CAN’T IMAGINE NOT HAVING LUCIS & COOKIE. ALL I CAN ASK FOR IS TO PLEASE BRING IT BACK. NO MATTER HAPPENED DON’T STOP THE ENTERTAINMENT FOR US. THANKS FOR BRINGING US WHAT WE ENJOYED.

I love this show and wish it wasn’t canceled. I think there’s st least another season or two left, and I doubt I will like the ending, especially the way it is going so far, but guessing this has more to being politically correct then entertainment.

I would like for empire to have a season seven and beyond. I love this show. I don’t think it has seen the end of its day. There is a lot more to e offered With empires music industry and entertainment. Please return for another season or beyond

I love the show. I would watch it forever

I just think y’all should let the ending a lil different then white Tracy pointing a gun at Mr. an Mrs. Lyons I just thought it was messed up but thanks for listening.