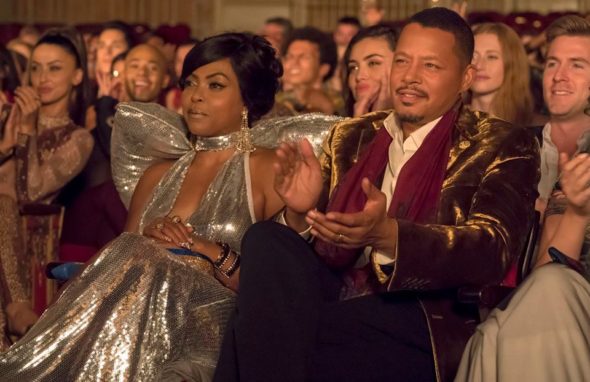 Is Empire still music to the ears of FOX’s audience? As we all know, the Nielsen ratings typically play a big role in determining whether a TV show like Empire is cancelled or renewed for season six. Unfortunately, most of us do not live in Nielsen households. Because many viewers feel frustrated that their viewing habits and opinions aren’t considered, we’d like to offer you the chance to rate all of the season five episodes of Empire here. *Status update below.

What do you think? Which season five episodes of the Empire TV series do you rate as wonderful, terrible, or somewhere between? Are hoping that Empire will be renewed for a sixth season? Don’t forget to vote, and share your thoughts, below.

I think TV should leave the stars personal life out from their job. Stars have it bad that they always under an microscope with the paparazzi anal probing them all the time. If they not dead or in the hospital or incarcerated then leave well enough alone. This just not upsets the fans but it dampers the stars to do desperate measures. No one is perfect because God made all of us from an different mold and different shade. Everyone has skeletons in their closets and if we unlock them we all would be judged on something. To each his… Read more »

I LOVE EMPIRE,I LOVE ALL THE LYONS, IT WOULD BE GREAT IF THE FAKE FANS GETS A MIND OF THEIR OWN AND STOP BEING GET ALONG GO ALONGS! I LOVE JUSSE SMOLLETT AND DON’T GIVE A **** IF HE’S INNOCENT OR GUILTY,ITS BETWEEN HIM AND HIS GOD! PLEASE BRING HIM BACK,IT WON’T BE THE SAME WITHOUT HIM! AND I LOVE MARIO! I JUST SAW HIM IN CONCERT! JUST AWESOME!

Please renew Empire 6th season. It’s an entertaining show and viewers and Empire staff, actors, and others, should not be punished for Jussie Smollett’s actions. Eliminate his character if that’s what it takes. In my opinion, he’s not the star and can easily be replaced.

Please continue this show. Even if Jussie leaves or fired I believe this show will still have great ratings. I am sill a big fan of Cookie and Luscious as well as the rest of the cast. I live for Wednesday nites when this show comes on.

I love Empire. Bring Jussie back!!

CANCEL the SHOW! After Jussie Smollet’s disasterous HOAX, I can’t watch the show anymore and I was a BIG FAN! Either that or fire him so that I don’t have to look at him anymore!

I started watching Empire two weeks ago from beginning to somewhat an end , I believe empire is a great to show and I would be lost if you don’t renew it I mean , the people who love this show is left wondering does Andre die , do they ever get back to where they were in the beginning , do they sign up to get back into empire or do they walk away and stick with their newest creation LFM . Does Jamal and Kai get married does Hakeem and Tiana get back together … I really really… Read more »

I definitely believe Empire should be renewed for a 6th Season. The writing was getting a little sloppy at one Season. But I do see a Phenomenal improvement of what we saw in Season 4 and 5 . That gave us that feel of Season 1 and 2. The Best part of the Empire this Season is the fact that Taraji P Henson and Terrance Howard’s Characters are married and despite the on going drama. There is a calmness of a true love . It’s like it’s about to me Luscious and Cookie get along and agree to Something lol.… Read more »

Can you bring Lucifer back it was a really great show?