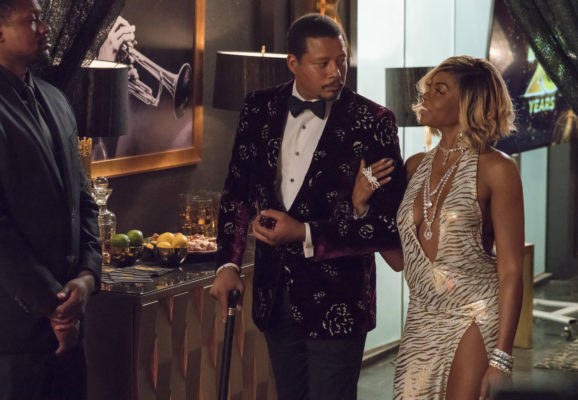 Does Lucius Lyon come back strong in the fourth season of the Empire TV show on FOX? As we all know, the Nielsen ratings typically play a big role in determining whether a TV show like Empire is cancelled or renewed for season five. Unfortunately, most of us do not live in Nielsen households. Because many viewers feel frustrated that their viewing habits and opinions are not considered, we’d like to offer you the chance to rate all the season four episodes of Empire for us here.

In Empire, season four, Empire Entertainment celebrates its 20th anniversary, and Lucious (Howard) makes his first public appearance since the Las Vegas explosion. Of course the Lyons each have their own concerns regarding his recovery, as does his nurse, Claudia (Moore). Meanwhile, Cookie (Henson) reflects on her 17-year prison stint. In order to preserve their family legacy and business, everyone must take a hard look at their past and present choices.

What do you think? Which season four episodes of the Empire TV series do you rate as wonderful, terrible, or somewhere between? Should FOX cancel or renew Empire  for a fifth season? Don’t forget to vote, and share your thoughts, below.

The reason why people don’t watch Empire and anything else is because it’s FOX . If EMPIRE showed on any other channel I bet more people would watch it! IJS!

PLEASE renew for a fifth season this is the best show eveeeeer
XoXo from Switzerland, Europe

Please renew season 5 this is one of the best tv series I have ever watch.

The best tv show I have watched ….please RENEW …CANT WAIT FOR SEASON 5…all the way from SA !!!

Please RENEW!!! I fell in love with every character from the beginning; not necessarily everything they have done though! The only person I have absolutely nothing but contempt and whom I really despise is Demi Moore’s “nurse” character =/ grrrrr!!!! Anyways the Lyon’s have problems just like every other family, and the main and most important part is, their bond trumps everything! It’s definitely a show I look forward to, and miss when it isn’t on.

I love Empire and all seasons. Please renew for season 5!!!

I absolutely love Empire this last season kept me on my toes and I’m looking forward to season 5! This is by far my favorite TV show can’t wait for next season, please renew empire for a 5th season.

I love empire all the seasons I look forward to it all week long please do not take off the air. its the show I watch in long time all friends think the same thing