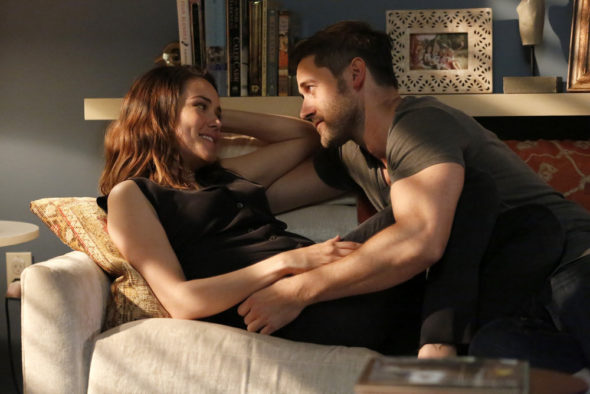 How do Red’s plans work out in the fifth season of The Blacklist TV show on NBC? As we all know, the Nielsen ratings typically play a big role in determining whether a TV show like The Blacklist is cancelled or renewed for season six. Unfortunately, most of us do not live in Nielsen households. Because many viewers feel frustrated that their viewing habits and opinions aren’t considered, we’d like to offer you the chance to rate all the season five episodes of The Blacklist for us here.

An NBC action thriller, The Blacklist stars James Spader, Megan Boone, Diego Kattenhoff, Ryan Eggold, Harry Lennix, Amir Arison, Mozhan Marnò, and Hisham Tawfiq. The crime drama centers on one of the FBI’s most wanted fugitives, Raymond “Red” Reddington (Spader). He offers to help the authorities, if rookie agent Elizabeth Keen (Boone) partners with him. In season five, Red is in the process of rebuilding his criminal empire with her at his side. Although she’s still working for the Feds, Liz finds the idea of indulging her criminal side rather tempting. **Status update below.

What do you think? Which season five episodes of The Blacklist TV series do you rate as wonderful, terrible, or somewhere between? Are you happy about the renewal? Did you think NBC would cancel or renew The Blacklist  for a sixth season? Don’t forget to vote, and share your thoughts, below.

I can’t imagine Television without the Blacklist. I have been watching James Speader since his Pretty in Pink Days with Molly Ringwald and I’m still living his acting. James Spader (Reds) is tough and doing the darn thing in The Black List. It’s the topic of conversation at thr job weekly, as well as, bi-weekly at the Beauty S.A. on as we put our spin on how the story/delima is going to turn out. Absolutely love the Black List and the cast! Definitely need to keep this show around!

Great show always keeps me on the edge of my seat and impatient to see the next episode. Need more of Tom but I see he has a new show!

110 episodes already and it’s still catching my attention! The plot twists can take you many times by surprise, but the dialogues are astounding! James Spader is doing amazing work.. keep up, Red!!

This show is great I love it! All the suspense it is always something different every episode.
Keep going NBC your doing a wonderful job on this show. James Spader has always been a great actor. And as long as you keep this show going I will watch it!!!

JAMES SPADER is my favorite actor! I love all the drama and you never know what to expect! please don’t cancel nfor a long time!

James Spader is gifted in this show. Keep the series going as it still keeps me enthralled at every episiode

Every show has been suspenseful. Don’t change a thing. Keep up the good work. Love Spader!

Still in love with THE BLACKLIST. Please keep the suspense and the interesting plots coming. James Spader is excellent as Red and Megan Boone is great, too. I appreciate not throwing political “bones” and not-so-cleverly devised social commentary. We watch TV to get away from all that. Was very sorry to see Tom exit but the rest of the cast is very good, too. Please don’t cancel this SHOW!

My husband and I have watched every episode, James Spader fans.

This show has been and still is an attention drawer for my husband and I. We cannot wait till the next episode is aired. Great writing, great talent and excellent entertainment