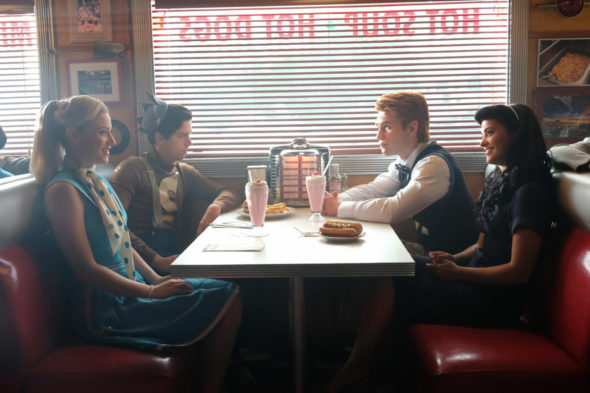 How do well do Archie and the gang handle the events of the second season of the Riverdale TV show on The CW? As we all know, the Nielsen ratings typically play a big role in determining whether a TV show like Riverdale is cancelled or renewed for season three. Unfortunately, most of us do not live in Nielsen households. Because many viewers feel frustration when their viewing habits and opinions aren’t considered, we’d like to offer you the chance to rate all the Riverdale season two episodes here.

What do you think? Which season two episodes of the Riverdale TV series do you rate as wonderful, terrible, or somewhere between? Should The CW cancel or renew Riverdale for a third season? Don’t forget to vote, and share your thoughts, below.

This show better not be canceled either!!!!!

I love Riverdale so much. I so hope there is a 3rd season there is so much of this story to tell. I can’t wait to see what happens next!!!

I’m definitely hooked!! I love seeing the Riverdale parents because they’re actors I watched when I was a teen. The plots are very good and the cast makes everything work. I would definitely love to another season and all 3 of my daughters would 110% agree with that.

I’ve been obsessed with Riverdale since season 1 , season 2 was a big surprise but I love the new drama! Keep it up. Can’t wait for season 3.

Really disappointed with this second season. There’s too many gaps in the plot lines and the way certain characters are being portrayed just doesn’t make sense at all.