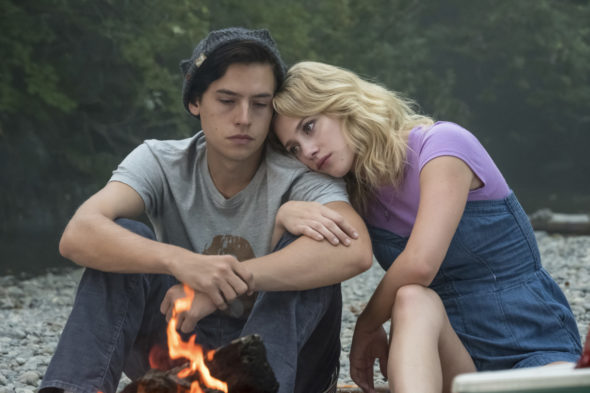 Will Archie and the gang prevail during the third season of the Riverdale TV show on The CW? As we all know, the Nielsen ratings typically play a big role in determining whether a TV show like Riverdale is cancelled or renewed for season four. Unfortunately, most of us do not live in Nielsen households. Because many viewers feel frustration when their viewing habits and opinions aren’t considered, we’d like to offer you the chance to rate all the Riverdale season three episodes here.

A live-action Archie Comics adaptation on The CW television network, Riverdale stars KJ Apa, Lili Reinhart, Camila Mendes, Cole Sprouse, Marisol Nichols, Madelaine Petsch, Ashleigh Murray, Mädchen Amick, Mark Consuelos, Casey Cott, Skeet Ulrich, and Luke Perry. The third season kicks off with a dark mystery the parents have been keeping a secret, since they were in high school. Meanwhile, Archie (Apa) has been framed for a crime he did not commit, and the new prosecutor, Ms. Wright (Penelope Ann Miller), is gunning for him with gusto.

What do you think? Which season three episodes of the Riverdale TV series do you rate as wonderful, terrible, or somewhere between? Should The CW cancel or renew Riverdale for a fourth season? Don’t forget to vote, and share your thoughts, below.

1/31/19 Update: The CW has renewed the Riverdale TV show for a fourth season. Details here.

Please do NOT cancel RIVERDALE!! I am obsessed with this series. I do not watch TV shows but this one has me hooked. I love the darkness and despair this show offers, it’s so very different from the norm, of cop dramas, or whose backstabbing who series. My heart feels for each character, in some situations, I as a viewer, can even relate. This is the best series these producers and writers have written to date. Please renew for a fifth and sixth season……

I love riverdale. Every episode and season is amazing this is my absolute favorite show. Please dont ever take this show away. I finally have a top favorite show and RIVERDALE is my number 1 show. BEST BEST SHOW EVER. Great storyline and great characters.

I love Riverdale!! It’s one of my most favorite shows!! I always look forward to new episodes!!