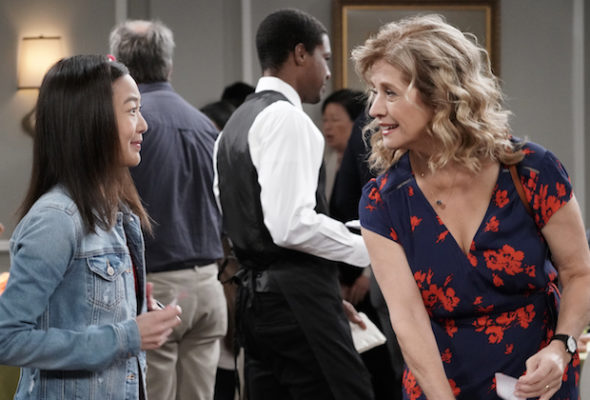 It looks like Jen is staying a little longer. Deadline reports Krista Marie Yu has been promoted to series regular on FOX’s Last Man Standing.

On Last Man Standing, Yu plays Jen, a foreign exchange student who is living with the Baxters. The character was introduced at the beginning of season seven and continue on the FOX TV show as a series regular.

What do you think? Do you watch Last Man Standing? Do you like Jen?

Really enjoy watching Tim Allen and the cast in Last Man Standing. Keep it around for awhile if you will.

Although I watch and still enjoy it, the number of real laughs has dropped, so a little more attention required.

This is a great show, miss the original Mandy! Love how Jen has been brought on show too!

I really dont care about her either way but they need to replace the girl who plays Mandy she is a absolutely horrible and doesn’t have any chemistry with the rest of the cast especially her husband.

Yes, I especially like her relationship with Nancy Travis’ character.

Great show, but the last episode where she lived with the Baxters was not funny. It’s like the writers are forcing something that isn’t there…another girl to go against Mike. It reminds me of Married With Children when they introduced the character Seven on there. The show was not as funny. Then when he left, it started finding its groove again.

Yu would also have been well-known to most viewers of LAST MAN STANDING (and, very likely, the producers of that show) because for the last two years the show aired on ABC, she co-starred on that show’s stablemate show that followed it on the ABC schedule, DR. KEN, where she played Ken Jeong’s daughter Molly.

I love the addition.. she will fit really nice