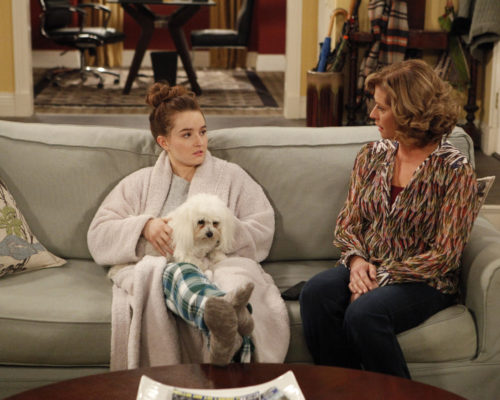 Already, one of Mike Baxter’s daughters has been recast for season seven. Molly McCook will replace Molly Ephraim as daughter Mandy. As you may recall, back in season two, Amanda Fuller replaced Alexandra Krosney as eldest daughter Kristen.

Kaitlyn Dever, the only original daughter, will return to Last Man Standing in a recurring role. So far, she appears in only two episodes of season seven but Abbott is hoping for more. He said:

She’s in the first episode, [and] she will be in the third episode. Kaitlyn Dever’s marvelous and of course she took other work while we were off… She’s currently doing a Netflix show, but they’re being really, really accommodating.”

What do you think? Are you a fan of Last Man Standing? Will you watch the new season?

I was so happy to hear that fox pick up Last Man Standing after it was canceled! It is one of my favorite shows! Looking forward to season 8 and actress that plays Eve is wonderful!!

Last man standing is one of my favorite comedies on tv! I was so happy when fox brought it back for the seventh season! Very happy for eighth season and happy that Eve will be returning!!

One of the best shows on TV, always good for many laughs. Thank you FOX for picking it up when ABC made the big mistake of cancelling it.

Have watched all seasons and so glad it is back. Only problem is the casting of Mandy. Will take a while to adjust to the BIG difference. Like programs that are about families, many true moments over the years.

Absolutely love this show & am really glad FOX picked it up!

Amanda Fuller is returning (and is actually listed among the regulars in your write-up), so the only daughter not slated to appear (and who has been replaced) is Molly Ephraim, who has moved on to streaming series and probably declined to go back to a sitcom.

It was a typo and has been corrected. Thanks.

Maybe so but she made Mandy a great character.

Agreed the replacement Mandy was kinda lame in comparison. The original Mandy’s naivety and Eve’s sacarcasm (that perfectly went along with Tim Allen ‘s wit) were what made it worth watching.