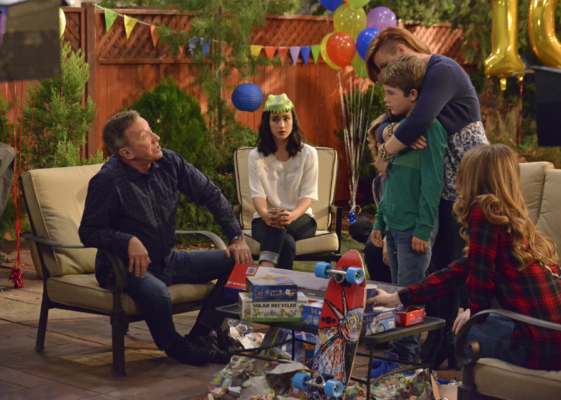 On Last Man Standing, McCook will replace Molly Ephraim as daughter Mandy and Jurgensmeyer will play grandson Boyd. The new season premieres on FOX on September 28th at 8 p.m. ET/PT.

I wish Molly would have renewed her contract, she is a lot better as Mandy and very funny; new Boyd is better, LOVE the show!!!

I do not care for the new Mandy…everyone else is great.

I’m glad eve wasn’t recast too… no more Mandy makes me sad since she and Kyle were such a great couple!

Same here… I’m just happy to have my favorite tv show back though!

I love Last Man Standing and look forward to its return! I am so sad Mandy is being replaced. I loved her!

I LOVED Last Man Standing and I’m a staunch liberal! It was clever and interesting. I am sorry to see two characters recast but will definitely watch.