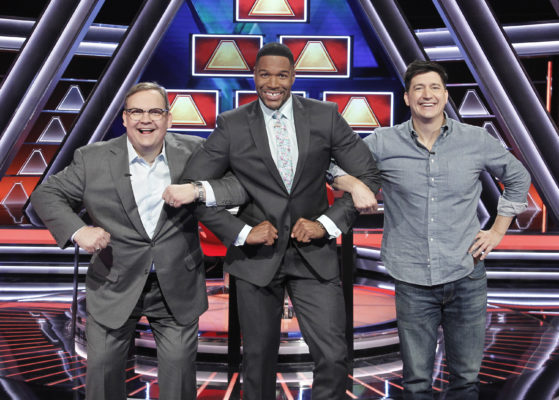 The fun and games will continue at the Alphabet Network. ABC has renewed The $100,000 Pyramid TV show for a fourth season. The series is an updated edition of the popular television game show that first debuted on CBS in 1973 as The $10,000 Pyramid.

I have doubts about whether I want ABC pyramid to come back. I would almost rather it be cancelled and taken over by people who will do what is necessary to do a proper tiebreaker. I strongly disagree with those who say it is a minor change. I believe its impact is very far-reaching and significantly harms the show, making this version little better than the Osmond version. I along with many others thought the Osmond format involving 6 words in 20 seconds made the time pressure excessive and the game pace too frenetic, while other formats involving 7 words… Read more »

I held my breath hoping that 100,000 Pyramid would be renewed…Hallelujah it’s renewed! I absolutely love Pyramid! My one big wish is to get to be a contestant on the show. I’ve loved it since the 70’s and I want to be on it more than anything! It’s my #1 thing on my Bucket List! I sent in a video application for last season but didn’t hear anything. Please let me be on for Season 4 I want it so badly. I’m truly in love with your show and Michael makes it so much fun, he’s so cute! I’m a… Read more »

have always liked this show, watch it, love it

I love it so much ,so excited that it’s renewed for another season! Great show exciting and full of great guests and fun entertainment! I want to be a contestant more than anything. I think it’s the very best show ever! I can’t wait until Sunday night when I hear the music announcing the show my adrenaline rushes when it comes on. I want to be on the show so badly! Pyramid Rocks! ♥️♥️♥️

Made my day to see this was renewed. Love Sunday nights with Family Feud and $100,000 Pyramid.

Made mine too I love Pyramid so much it’s wonderful! I so want to be on the show it means so much to me! So exciting! So happy it’s renewed! Great show and so much fun! Yeah!