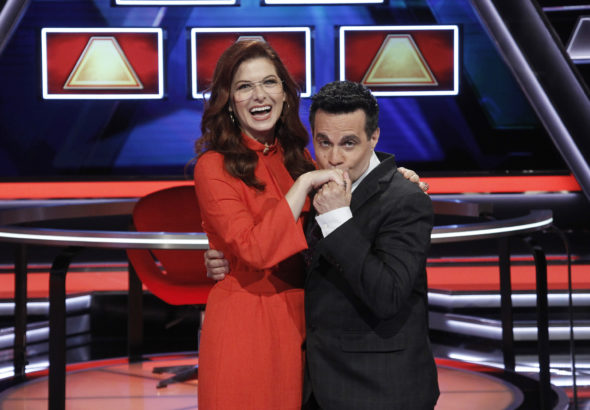 Will we return to the winner’s circle? Has The $100,000 Pyramid TV show been cancelled or renewed for a fourth season on ABC? The television vulture is watching all the latest cancellation and renewal news, so this page is the place to track the status of The $100,000 Pyramid, season four. Bookmark it, or subscribe for the latest updates. Remember, the television vulture is watching your shows. Are you?

Will ABC cancel or renew The $100,000 Pyramid for season four? The numbers are way up so I can’t see why it would be cancelled. For now, I’ll keep an eye on the ratings and update this page with breaking developments. Subscribe for free alerts on The $100,000 Pyramid cancellation or renewal news.

What do you think? Did you think The $100,000 Pyramid TV show would be renewed for season four? How would you feel if ABC had cancelled this TV series, instead?

I like it, I watch it Leave it on !!!! It is nice to watch shows with no drama